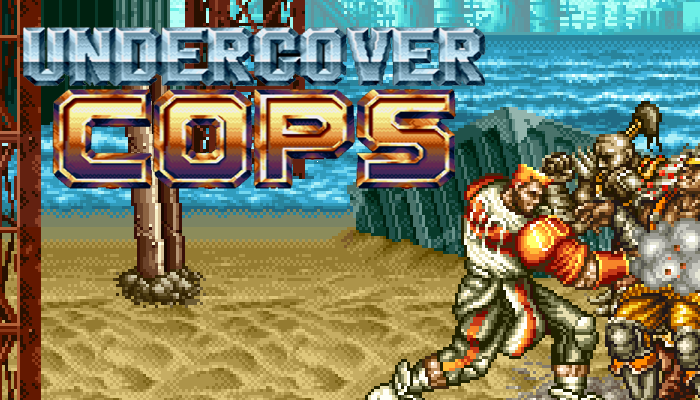 I’ve updated the website with the new game, man the periscopes!

So sorry for the late update, my PC has been sh*tting the bed on me a lot lately. RMAed my motherboard, still crashing etc…

Hot, gonna bust out the Pi.

Wondered what happened to this

I know what I’m playing this Sunday.

I assume we’re playing Japan/Alpha Renewal and not the western ver? Should be specified because the differences are huge.

I would strongly advise against using the world version for this game. The western release of Undercover Cops is literally a beta version of the game that was released as is. This means some backgrounds are not completed, the music quality is awful and most crucially, more than half of the movelist had yet to be implemented (no alternate combos, no super desesperation move, no alternate grabs). Not only is it an uglier and less fun game, the scoring depth is much reduced as a result of the missing mechanics.

If that’s what previous week’s winner wants I won’t go against it, but I figured this needs to be said.

I’ll leave the decision up to @Yakumo, as he was the one who chose this game.

I wasn’t aware the world version was so bad. Personally, I always play the Japanese versions of games but though people would rather have an English language version.
Lets change to the Japanese release.

The “Alpha Renewal” romset in MAME is a translation of the Japanese release. Don’t think there’s any scoring or gameplay differences that would make it incompatible for this thread.

Don’t have that. Let’s just go with the Japanese version. Story isn’t important to this game.

Edited the OP, thanks!

No submissions yet so here’s an uber-rusty performance yet to get things started!

Submission coming this Sunday from me

This game is tough! Maybe I just suck at beat-em-ups… lol

I’m surprised there are so little entries. This is a great game!

I hang my head in shame. Its the second score to look at. 1 credit, default settings. Got to the beginning of stage 2.

I had forgotten just how tough this game can be. I’ve been playing the SFC Version mostly the last year, which is a great port but man, the Arcade version just trashes it in the challenge level.

Oh man, that is one good score! What stage were you able to reach? I’m guessing up to or near the middle of stage 3.