「SEGA AGES」OT | 3D out, screen filters and leaderboards in

So here we are with a new generation of Sega AGES releases - this time on Nintendo Switch. Unlike the Mega Drive collections and that thing Sega Networks did for mobile phones, these Sega AGES releases are carrying the torch from Sega’s 3D Classics series, which I’d describe as the most recent serious in-house effort from Sega Games in Japan to review and release its heritage on modern systems with love and care.

Currently announced titles (as of 1 December 2018):

So here’s a topic to discuss Sega, and M2’s, latest efforts to bring the old to the new. What games would you like to see? How do you think M2 should handle things coming from the stellar effort they put in for their 3DS releases? I’ll start off:

I picked up OutRun yesterday despite telling myself I wouldn’t as 3D OutRun would be better with its superb 3D effect and pixel-perfect output to the 3DS’s display. But the online rankings drew me in this time!

There’s leaderboards for every route’s ending which is neat since you’re no longer encouraged to pick the most optimal route each time - particularly for endings A and E.

It’s a great conversion of OutRun, of course, and the front-end has some great presentation and ideas (you often have to hold down buttons to reset games or options, which is accompanied by some delectable animation). I miss the 3D effect a lot, and the loss of pixel perfect output is very noticeable, even with the scanline and smoothing options enabled. The credits sequence isn’t as good or playful as the 3D Classics one either

There is, however, a ‘vintage’ setting which locks the scanlines and smoothing options, and tries to recreate the look of the arcade cabinet CRT display thanks to the Switch’s increased resolution output. I think this looks great when the system is docked, and is my preferred way of playing.

Pick this one up if you fancy the online rankings, otherwise 3D OutRun is still probably the definitive home OutRun release. Hopefully M2 brings over a portable OutRun 2 though - the PSP release of OutRun 2006 has some serious framerate issues…

I just looked up videos and it seems there’s no brightness compensation for using the scan line effect, so it’s too dark?

Yup. Only the vintage mode (which forces scanlines and smoothing) includes brightening to compensate. I’ll post some screenshots of all the display modes soon.

Thank you! OutRun is only out on the Japanese eShop for now, but it has full English language support. The digital manual loads in English too but doesn’t have a section for OutRun yet (you pick your Sega AGES game from the web page) so I suppose they are waiting for that to be done before it goes live elsewhere. Looks like it’s a universal SKU so buy once, own on every country’s eShop.

Here are some comparison shots of the display modes. There are two sets of settings:

The options in set 1) produce different image sizes depending on whether the system is docked (1080p output) or in handheld mode, probably because 1080p is 1.5x 720p - keeping the same image size would mess with the scaling values. “wide”, “arcade” and “vintage” are pixel doubled or tripled.

Screen filter comparisons on the “arcade” mode:
Nothing:

Thanks, looks like I’m definitely skipping these then. I have every one on 3DS anyway so no great loss.

Phantasy Star 1 with its improvements is the most interesting release thus far, other than that I will be sticking to my 3DS versions.

Too bad these are Switch exclusive; Virtua Racing with shoulder buttons instead of the Xbox One’s fantastic triggers is a real waste.

Wow, so cool to see thunder force 3 and 4 there. Far better line up than the same old crap Sega west keep releasing.

Um, are Outrun scanlines uneven like that? I opened images in a new tab and was highly disappointed. The screenshots are 675p not 720p so I’m assuming that is the problem.

For Outrun I’ll stick to my JP Saturn version, it’s lovely and has the car I remember from my childhood in the arcades.

Not on the Saturn they’re not. I don’t know about the Switch as I never took those screen shots.

The screenshots are downscaled, particularly those from docked mode, which renders in 1080p but the Switch takes screenshots at 720p. The scanlines are evenly distributed in game, or at least in the integer-scaled display modes.

Ah yeah it has a vertical stand, best feature.

I have a ‘free’ one coming with Downwell so will try it.

They give you this little credit card to stick in the back to use as a stand. Any cc will do though…

Wow, I didn’t know that was a thing. Still need to pick up a grip.

The official case I got with my Switch back in early 2017 doubles as a vertical stand, which is good enough for now but it does use up a fair amount of space on a table.

Fantasy Zone is as good as the 3DS game, as you’d expect, but I didn’t see myself liking the game in vintage filter mode more than pixel perfection on the older Nintendo handheld. M2 did a really good job with Vintage mode in these games.

Space Harrier I picked up purely out of curiosity for the joystick mode and M2 has delivered a pretty good way of replicating the feel of the arcade controls. It’s a bit more sensitive than the joystick at the arcade, but if you grab the Joy-Con with both hands you still get a rather nuanced way of controlling your character.

You’ve probably seen by now, but Sega is ending the Sega Ages line after just…19 games. Even 3D Classics had a more generous run than this, one can only assume someone higher up axed the project.

This has coincided with Sega announcing during their financials that they have plans to embrace multi-platform on more of their IP, so I wouldn’t be surprised if these rereleases returned under a new approach. Question is whether they’ll be as good, though, because out of M2’s work this past half decade the quality of these 3D Classics has outstripped their multiplatform releases (e.g. PC Engine Mini, Genesis Mini, Namcot Collection, Castlevania Collection). Like with M2 Shot Triggers, M2 produces the best results when they aren’t spread too thinly.

Better late than never - some the games have been updated to include a gamma adjustment function: 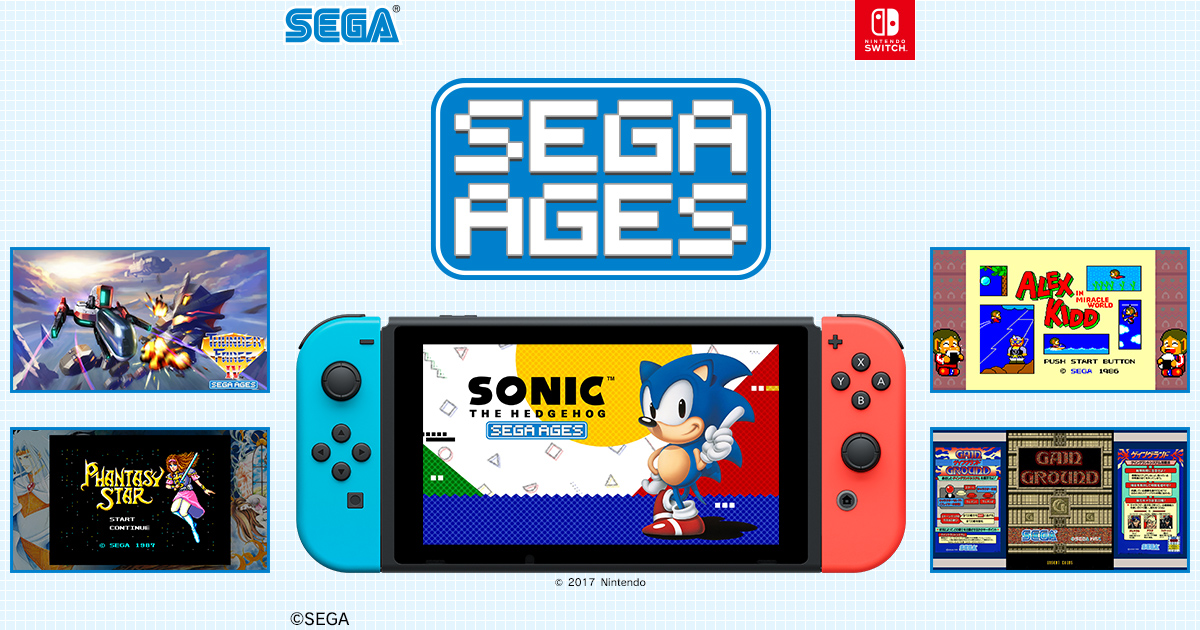