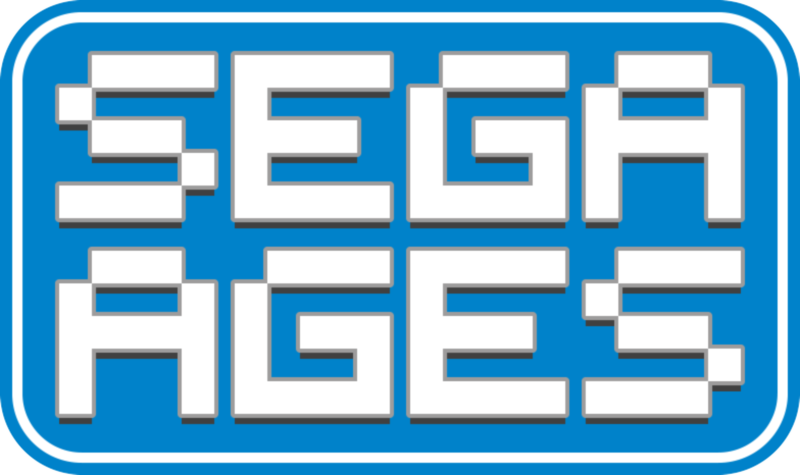 SEGA confirms the end of SEGA Ages, but teases more plans for Switch and past...

The SEGA Ages series has been ongoing since 2018 on Switch. We’ve seen a wide variety of classic games return on the system, ranging from Sonic the Hedgehog to Virtua Racing. But now after the development of 19 titles, SEGA Ages is coming to an end....

This really bums me out. I really loved these ports and probably my most purchased ports on the platform. I loved that these games were a way to turn these fantastic games on to a new generation.

Edit i guess there was a Sega Ages thread already. I didn’t see it.

I havent bought any of these ports because I bought a full set on 3DS, and told myself I’m not re-buying any of those. I’m probably not alone in that regard, most of these games have been re-released many times.

Agreed with @poptart, it seems SEGA only focuses on their 16-bit catalog.

Bring home some arcade and Saturn love and they’ll get a few new customers I’m sure.

I wish Japan wasn’t region locked on 3ds. If it wasn’t I’d have bought all the 3d games.

SEGA AGES Sonic The Hedgehog 2 (Switch Digital) is $1.99 on Humble https://t.co/wQWOSZfb6w not sure if this is supposed to be on sale, went live around Humble Summer sale which shouldn't include Switch deals

SEGA AGES Sonic The Hedgehog 2 (Switch Digital) is $1.99 on Humble https://bit.ly/2EFDmuO  not sure if this is supposed to be on sale, went live around Humble Summer sale which shouldn't include Switch deals pic.twitter.com/LesO6u9kbw
2 Likes
Bastia August 27, 2020, 7:10pm #7

I bought a couple of these. Phantasy Star, Thunder Force AC & IV and Fantasy Zone. It’s a bummer they stopped doing these, but the line-up so far wasn’t really stellar. Sonic, Puyo Puyo, Columns… I’m sure some of these games are ported to finance the other less common games, but yeah, do we really need four (and soon five) Puyo Puyo games on the Switch? (perhaps in Japan, I dunno…)

Sega’s recent retro efforts haven’t sold well at all, so I wonder what their future plans are for retro releases.

This stinks, but I am glad we got Virtua Racing and Fantasy Zone and Out Run. Had been dreaming of Daytona or Sega Rally.

I don’t own a Switch but I did recently buy a cheap 3DS and what did I get with it? Only the complete Sega Ages 3D collection on 3 carts.
I don’t really care for the Mega Drive ports since I’ve played them to death on real hardware but the Arcade stuff kicks arse in 3D, especially Afterburner 2.

I liked the ones on 3DS, but had little interest in doubling up on Switch. One has a 240p display, and the other doesn’t.

If I want to play on the big screen, I try to stick to the original hardware. So as a fan, I really love that these exist, but it’s also hard to justify repurchasing games I already own elsewhere when funds are limited.

Save states and being portable are why I’m attracted to them. Mainly, i was just hoping for all of the Phantasy Star + Shining games to come over. It’s just too hard for me to play those with my schedule/children so one of my favorite genres are completely ignored due to the lack of save states cause i never know when I’m going to get interrupted.

Mainly, i was just hoping for all of the Phantasy Star + Shining games to come over.

You can play these in the Mega Drive Classics collection at least. There’s a bit of input lag, but it’s fine for RPGs in my experience.

As folk have already brought up, it was hard to justify picking up many of these games when they had recently been reissued elsewhere. I only rebought OutRun and Fantasy Zone, would have liked to have seen more unexpected releases in the same vein as arcade Wonder Boy, Virtua Racing and Herzog Zwei.

damn, we only got that one 3DS collection, too. still wish idve grabbed a boxset in japan last year!

here’s to hoping for more coin-op & other catalog stuff next go-around.

I’m sad that this turned out to be such a damp squib. This series should have been multi-format and featured less recycling of the same games we’ve seen many times before.

Still I am grateful for Phantasy Star with the auto-maps and QOL improvements, Alex Kidd with the FM sound and Virtua Racing.