I had some luck awhile back when I had my PS3 hooked to the ossc and discovered in 1080i the Simpsons arcade can do perfect scanlines without adding interlacing artifacts and some other retro game scaled perfectly. From my understanding, scanlines will still work on new games and ports, but there needs to be a little added trickery to the mix in order to take advantage of it. Mainly Pixel games if they’re not scaled improperly, but I think there may be a few more normal games that might have potential.

Very late, but I think that is cool. I have worked at downscaling a few games with mixed success, but I know some folks use ReShade (never tried it myself) or other programs to add scanlines to modern games at full res.

The issue with true (even/odd) scanlines at say 1080p and above is they’re so small that I usually just see them as a dimming of the picture. If you beef them up to a ratio of around 240p, say 4 pixels per scanline, they can feel too chunky and that they’re cutting too much of the image out.

This isn’t an issue for properly scaled pixel art game made with them in mind.

Just orderd a couple different ones to try with Wii and PS2.

So it only bloody worked! I’ll write about this more in another post but with one of these I now have Pixel Perfect Wii.

So happy I could cry. You know the feeling!

How’d you get a wii hooked up through vga

There is a hardware mod but it’s beyond my soldering skills.

If you were able to find an adapter that doesn’t crush blacks I’d be giddy to know about it!

Not sure what you mean? Can you post an image?

Also, which one of the adapters? HDMI or VGA?

Either way the colour ramps appear as smooth consistent gradients.

Happy to dog out the links when we confirm we’re both on the same page.

I don’t have any pictures of my screens, but basically the HDMI>VGA adapters I’ve tried tend to crush black detail, making the darker extremes of the image all blend into black/dark grey.

I understand. If there was black crush the colour ramps would be black at one end with the colour situated off centre? That’s not the case for me.

Whilst my adapter was also very cheap, £3, it’s not shaped like that but rather inline. 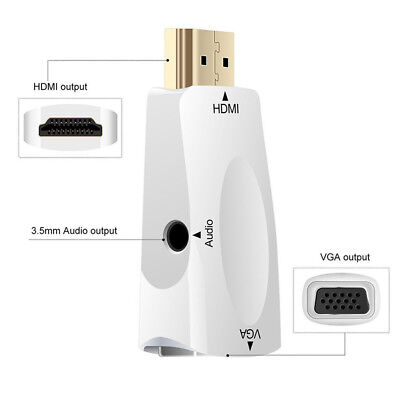 Of course I’m also using a second adapter (Wii HDMI) that could also mess with the colour.

Difficult to take good photos of this but you can see enough to confirm my description. I set a white balance that let you see the darks (and therefore blows out the light colours)

My adapter is at bottom and “not recommended” as some examples have been found to crush blacks whilst others have not. If true, I guess I am lucky. Would buy another but they are now sold out.

When plugged into a PC the chipset of the “HDMI display” (that the adapter presents itself as) is shown in Windows Display prefs. Will note details later on.

I have a Tendak on that page and can recommend that for the most part. Biggest thing that bugs me is it’s powered off HDMI and some stuff doesn’t provide enough power, like I found my RAD2X cables don’t work and my unpowered HDMI switches don’t work.

Yeah this one won’t work through my little square HDMI switch.

Here is my years-long journey to 1:1 native VGA output on Wii (and others) on an LCD.

The result is a better image than I’d ever expected: it’s been a revelation. The image challenges my PVM for fidelity.

For an LCD to look its best requires the resolution of the output image to match the native resolution of the display. If it’s a little off it looks bad, if it’s a lot off then it looks shit. This is our real challenge! We’re trying to get the image into 640x480 with as little scaling and processing as possible.

640x480 resolution is a good fit for a wide range of consoles: from those that output 240p, through those that maxed out at 480p, to newer consoles quite capable of higher resolutions that still have an option to output at “low” 480p.

As a reminder we are using VGA on TVs for a number of reasons:

Basically we’re using the TV as if it were a computer monitor.

Other Consoles with HDMI and 480p option

Other Consoles without HDMI

There’s a hardware VGA mod for Wii, but it requires very fine soldering skills and a specific CFW software setup. It’s the only internal way to get VGA output, if you can handle the soldering and software.

That said, we’re going to get VGA using a much different approach. A bit of a hack/workaround.

the following software setup trick is the key discovery in all of this!

Adjusting to anything other than a full area is something you can get away with on a CRT (in fact it’s mostly automatic), but on an LCD this will result in an uneven, scaled image that is not pixel-aligned.

Exceptions that require their own Auto Adjust
240p Test Suite: Auto Adjust to get the correct results (you can force 480p by editing the settings file)
Emulation: Auto Adjust per-game for emulated titles, eg. Metal Slug Anthology, or RetroArch.

Sadly this VGA TV (20PFL4122) doesn’t support component over VGA. No idea why.

My other VGA TV (20PF4121) does support component over VGA, but it applies scaling and overscan.

He designed them for VGA CRT monitors.

Thanks! I’ll put one of those on the shopping list.

Here’s what it looks like with Wii > HDMI > VGA

M2’s ESP RaDe port looks incredible on a VGA monitor if you dial in certain display settings in the game’s option menu.