What are you playing? (Modern Gaming Edition)

I went in into it blind on a recommendation as I’d never heard of it. Didn’t even watch a trailer. Because it’s worth it.

FAR: Lone Sails is an exploration adventure video game developed by the Swiss development company Okomotive. The game was released on Microsoft Windows and macOS on 17 May 2018, with Xbox One and PlayStation 4 versions released in April 2019, and the Nintendo Switch version on 18 August 2019. It was released in Japan on January 23, 2020. In FAR, the player controls the driver of a large vehicle as they search through a post-apocalypse setting. The game's vehicle is a hybrid between a land and se...

I’ve been playing Clockwork Aquario. That kinda counts as a modern game, right?

Just finished Pokemon Pearl on the switch. I never played the ds versions. This is definitely in the top tier of Pokemon games. I love how the Elite 4 is actually a threat. Probably my favorite in the series.

Kaze and the Wild Masks. Like a love letter to Donkey Kong Country and Rayman 1 + Origins/Legends. Beautiful pixel art too. Much better than when games have those super obnoxious sharp pixels. Looks like it could have been on the Saturn. I’m actually curious to how it would look on a CRT. I might give that a shot.

Been slowly playing through Dai Gyakuten Saiban (Great Ace Attorney) - almost at the finish line of the second and final game! I wasn’t sure what to make of it all when I played through the first game over summer, but it’s clear both games are meant to be treated as one, big, game. Even the most insignificant case of the first game, case 2, has a major bearing on the happenings of the plot later on.

Other than that, I had a rather hopeless addiction to Idolm@ster: Starlit Season last month, which I bought with my PS5. I’ve burned out on it and haven’t been able to get back into it since, however…

Just finished halo infinite. It’s been a blast. Felt like old school halo in many ways but the grapple hook added soooo much to the sandbox

Been playing the snot out of Mad Max on my ps4. I am truly surprised at how decent a game it is for a generic open world one. There’s a few things that bother me like the upgrade progress, some of it just doesn’t really make sense, but the car combat is hella fun, the visual story telling has no right being this good and the atmosphere is wonderful.
Plus it cost me 5 bucks. Better value for money than many other games I’ve bought

I’ve been hoping to get into Dragon Quest XI, and I was wondering what the best version is. I have a PS5 and a Switch.

Love the game! The PS4 version of S is a Switch port, so it will only marginally be better graphically, but still an upgrade. I believe it also will run at 60fps which the Switch cannot do. I think it’s still best to play the S version as opposed to the original release for upgraded options like orchestrated music, and dual audio options, in addition to other quality of life options. The PS5 will give you the best experience, but the Switch will let you play on the go.

I just finished Ratchet & Clank: Rift Apart. I doubt I will play through it again even though I know there are rewards for doing so. I really enjoyed it! I think the story is just fine and the characters are all entertaining. Rivette and Kit are great additions and I enjoyed their coming to terms with each other.

Graphically, it’s brilliant. It’s a showcase for what next generation should aspire to and feels like just the beginning of what’s possible with PS5. I love not having to wait for things to load in, and that makes the entire game seem more like a film I am completely in control of, not just some on rails adventure, even if there aren’t lots of alternate paths to take. That’s fine! This feels like a 16-bit action game in a modern cloak and for me that’s high praise.

Well worth playing if you have a PS5.

Just finished up You Have To Win The Game, a steam release from 2012.

It’s one of those room-by-room self described difficult platformers, very much like VVVVVV, but it doesn’t use a gravity flipping mechanic.

It’s not that difficult though, but it is very fun. I got to the end in about an hour, but it took roughly 5 hours to get 100 percent, and the last puzzle was a bitch.

I really enjoyed the CRT filter as well as the CGA graphics mode.

Really cool little game though, I had a great time with it. 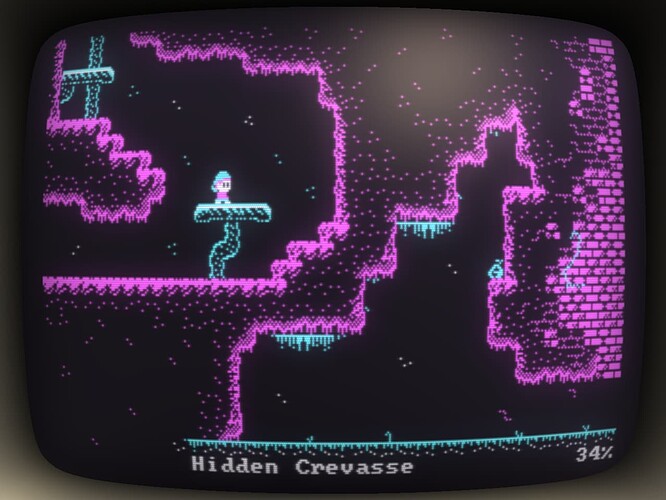 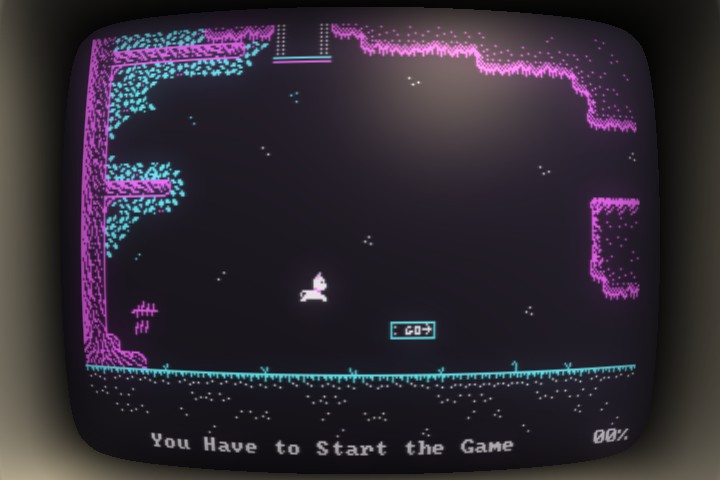 finally tied up shenmue 3 while the anime was going, halfway through lost judgment now and like most RGG offerings, i adore this

hyped to play the DLC later too

Sega AM2’s Hatsune Miku: Project Diva Arcade got ported to PC lately as “Project Diva MegaMix+”, so I’ve been checking out the game for what must be the fourth time…it’s a good port!

Otherwise I can’t think of much else - the second season of Chocobo GP did start recently and it’s still a solid racer, but nothing particularly exciting other than one new track (admittedly a pretty good one) and some extra variants on existing courses. Hopefully Square Enix keeps the game funded with updates because developer Arika has done a good job overall with it. The controversy was way overblown and focused exclusively on the F2P battle royale mode despite the game card having heaps of content and characters.

My newest endeavor has been 3D gaming. Last year around September I picked up for relatively cheap an Nvidia 3D vision kit after learning it could be used with CRT monitors. I set it up with my Diamondtron monitor and really liked the effect although it was far from perfect on that screen so I really had to keep the depth on the lower end. In December I picked up an LG C1 and because it is a 120hz TV I also tried it with the 3D kit and found at first a dissapointingly similar result, 3D worked but only when the effect was turned low enough to minimize “cross talk” (seeing the right eye image too much in your left eye and vice versa) but on the TV it was more localized to certain parts of the screen. Well I discovered that through a program I could tweak the timings of the glasses, now with Black Frame Insertion at Medium mode I have a near perfect 3D image on this brand new OLED here is a picture through one lense 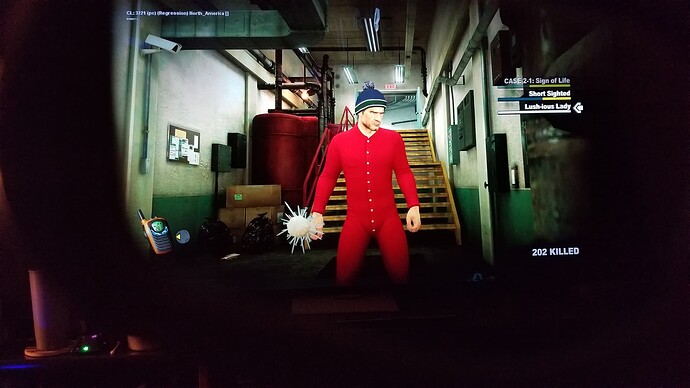 The best looking game I have gotten to work with it is either Tekken 7 or Final Fantasy 7 Remake, it’s incredibly game changing in my experience. I’ve got about 100 PC titles I have gotten to work with it so far, I can even play some retro titles, so far I have gotten Dolphin, Duckstation, and Project 64 all working in 3D. Many more could be compatible to me as well if I had an older card, anything below 30 series, Nvidia has borked support in newer drivers, but the community is working hard to improve compatability for newer drivers and different hardware combinations, and even attempting to bring 3D forward to Direct X 12 titles. If anybody wants more details feel free to ask

This is nuts. Can you play 3DS titles with the 3D effect on an emulator? On a CRT? Or in HD?

To me that would be the ultimate application for something like this. Recreating the unique display of that system but on a higher quality screen and at a larger size. Virtual Boy couldn’t hurt either.

There is a way to get Citra working with it but it does not seem to want to work on the very newest drivers and 30 series that I have, again lots more things work on older cards and with actual 3D TVs if you have one. I have done something similar to what you mention though, with Duckstation and Dolphin, Duckstation has some simple postprocessing effects built in for scanlines and things, but the coolest has been Dolphin, that one I got to work with Reshade and the Dr Guest CRT shader and it feels like playing on some sort of giant 3D CRT it is awesome.

This is freaking awesome. Is there any tutorials out there

This video I remember being good. Nvidia 3D Vision Gaming on PC in 2021 Review, How To, and Best 3D Games - Still Going Strong? - YouTube
This discord is where we all the remaining Stereoscopic 3D guys hang out mostly so it is great for asking questions and staying up to date. 3D Vision

Having a lot of fun with the Diofield Chronicle demo on PS4. Going to try the Steam demo as well to see if it’ll run on the laptop since I anticipate the PS4 version won’t see sales as soon.