WINDJAMMERS 2 Annoucened for PC and Switch

I never thought this day would come. What do you hope to see in the sequel? Sprite based? Polygonal? Story mode? Loot boxes? (I kid… sorta).

Whatever it is, let’s all celebrate the impossible coming true. A sequel to one of the best local multiplayer games of all time (and the very best take on the “Pong” concept in my opinion) is actually happening.

I am hoping for more stages/hazards, more modes of play, more characters, and just more of everything that we love from the original.

Haha that video is awesome.

Hopefully it keeps the same aesthetic as the first, which it looks like it does. And it seems like people will complain if there’s no story mode or similar, so hopefully it has that.

I’m guessing this is aiming for the esports crowd, I know it’s been a cult game at fighting game tournaments for years now. Maybe we’ll be able to watch it on the final day of EVO?

Same developer as Wonder Boy: The Dragon’s Trap I believe. There are two screenshots over on reset:

It’s not sprite work like the original, unfortunately. New art style isn’t bad though I think.

It really depends how it animates. It looks like Divekick, which is a good game, but was definitely made on an animation budget.

Fingers crossed. I bought the port during Evo because I know I’ll never purchase the AES cart in my lifetime. It’s such an awesome game. I hope they get it right.

Not raising my hopes up for this at all. My guess is it’s gonna be mediocre at best, but hey if it turns out great I’m not gonna complain.

Wow, what a surprising but awesome announcement!

Same developer as Wonder Boy: The Dragon’s Trap I believe.

As far as I have seen this is not confirmed. Somebody on Reset said it but later corrected themselves, they just meant same Publisher.

Yeah, it was corrected to publisher and not developer. Dotemu is all over the map on quality so there’s really no way to know how this will turn out. I do appreciate their commitment to retro, though.

R-Type, Double Dragon, Another World, Titan Quest, Wonder Boy: The Dragon's Trap... Learn more about the many retro games we bring back to life!

Yes, as a huge fan of the Pang series I found their (well, really Pasta Games) reboot of Pang quite superficial and disappointing. As if they had played the game for an hour and then gone off to do the remake. It missed all the depth and genius of the series. Nowhere near the calibre of Mighty! Pang CPS2 or Pang NDS.

Those screens actually look like the best thing imaginable from a design perspective. I am glad they aren’t going full pixelated sprite based for this game and also glad it’s not wholly polygonal.

We need more games that are made like this in today’s scene.

DotEmu on why they "really wanted" to develop Windjammers 2

"We know everything about it."

But interesting that they’ve got the guy who reverse engineered the original game working on this one. So it should really feel like a proper sequel.

I don’t mind too much. It’s not the best but perfectly okay for a budget game like this. 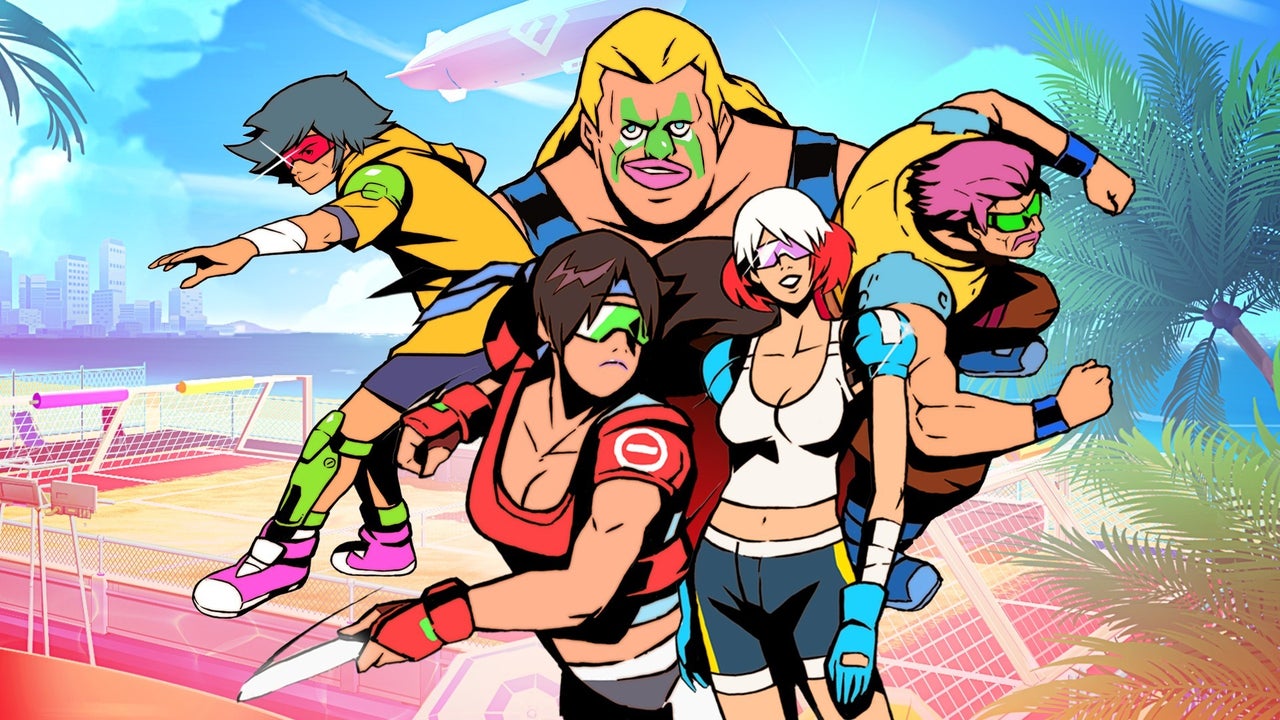 In 2020, a group of French developers are launching a sequel to Windjammers, a Japanese arcade game first released in 1994. But the story is more unlikely than even that sounds.

I wouldn’t worry about it. It’s probably just the way it was recorded or ign’s player. The footage from August you posted earlier (reposted below) appears silky smooth: