Hopefully they re-release the Fami/NES one in a plastic case for cheaper. I really don’t care about fancy metal casing.

Well it’s true integer scaling is better and i always played it in 720p on my other tv but 5x is actually 1200p and I can zoom out so I can all of that in screen. There is also input lag to factor in which is higher in 720p than it is in 1080p. All that said, I’d rather play it with lower input lag and if you noticed it was connected to my PVM so I just don’t really bother playing on the HDTV most of the time.

Had a MIST sold it a few month ago , the video part was a PITA depending of the core (had to use different cables / monitors), and the core were far from perfect … . From what i see the MISTer with the hdmi get rid of all these problems , but it’s not a user friendly product for the moment : we had to buy a fpga develloppement kit / build an extention card …

Sony xbr43x800D. This is an assumption because my crt set up and my 4k are next to each other and when I split the audio from my scart switch via my ossc the audio goes way out of sync when I run it in 3x vs 4/5x. My assumption is that the TV’s scaler has to process the 720p image more than the 1080p image. Because of this I am assuming 720p across the board is giving me more lag than 1080p.

On my old Samsung 1080p set I keep around doesn’t seem to do have any difference in lag between the two resolutions.

Maybe it’s because I played on a multiscan/HD CRT, but that wasn’t my experience at all. One monitor, one RGBHV cable. All the computer cores I tried ran without problems. It’s the console cores that needed work, usually with their audio.

Maybe it’s because I played on a multiscan/HD CRT,

I think that helped a lot

I’ve had my NT Mini for over a week now and am very pleased with it. Assuming progress continues forward, I’m feeling more and more confident FPGA boxes are going to be where things go for me. And the more that gets gathered in a single box the better. No plans to get rid of my NES anytime soon, however this is the first time I feel completely comfortable boxing it up without much concern for ease of access.

I’m currently in the process of slowly dumping and boxing up my carts. Something I’ve been meaning to do for a long time. Once It is all done I will have my entire library, in a highly accurate tiny box. With low latency scaling out to HDMI, and the entire range of analog out options. This is something I’ve tried with various emulator box solutions in the past and the trade-offs were always too great for it to be an actual replacement.

This is an actual complete replacement, which is the highest praise I can think to give it. Not to mention all the other 8-bit cores I haven’t even gotten to yet, so it will be the gift that keeps giving for me over the next few months.

That is exactly how I feel. I haven’t ripped my own games yet. Its a brilliant idea because of all the history of your in carts on your ssyste. I still like using my everdrive because of save states. I really wish I could use my own gb/c/sms/GG carts in this thing. Hopefully some day they will come out with the cart adapters.

As for the future, I hope they go on Kevtis’ idea of the zimba 3000. Or at least help the NT Mini become that with adapters. I’m really hoping that some day a fpga catch all box takes us from the 8-16 bit eras. I’m ok with skipping the 32/64 bit gen as long as all my other retro consoles are covered.

I jumped on to the Super NT as soon as I heard news of it. I currently use an official Japanese SFC outputting RGB to a Framemeister then on to the TV.

It looks good but my SFC is one of those units that has the vertical line up the screen. It’s only really noticeable during dark sections but knowing that it’s there is enough to annoy.

So looking forward to playing all my SFC games in perfect quality and I believe it will also run with the EverDrive but will that even be necessary with the system having an SD card slot.

I’m considering pre-ordering a Super NT, any reason not to? I wouldn’t be interested in a revision with analog out.

I’m really hoping that some day a fpga catch all box takes us from the 8-16 bit eras.

Could a jailbroken Super NT do that? The Mini can handle most (all?) 8-bit and earlier, right? I haven’t been following that one as much so I may be incorrect.

I suppose it depends if Analogue has a desire to make other fpga consoles. I could see them wanting to make a Neo Geo or maybe a multi cart box in the future. It just depends if they think there is enough of a market to sell other specific consoles. With Nintendo being more ubiquitous they have a good chance of doing bigger numbers than Neo Geo, PCE and even Genesis due to the availability of other clone consoles (even if they suck). I do think there is a market for MD/Genesis but it would have do something special like run CD ROMs and 32x games sans adapters.

Is there a write up somewhere on this? That’s pretty huge in terms of not having to fit full size computer components in an arcade machine.

Have there been any further updates on the super NT? I’ve been checking their twitter, but they’ve been a bit quiet.

Wouldn’t mind seeing how the SGB looks on it.

The MiST isn’t really for MAME/arcade gaming. More for playing retro computers from the 80s (C64, Amiga, Apple II) with some 80s consoles on the side. Take a look at this and decide if it’s for you: 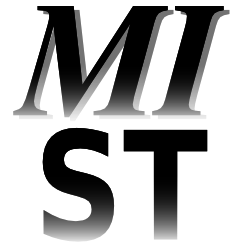 Core sources and tools for the MIST board. Contribute to mist-devel/mist-board development by creating an account on GitHub. 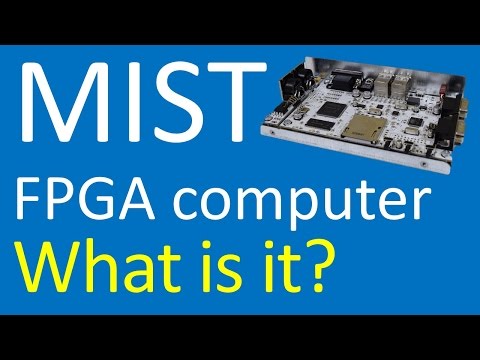 A couple of items to add.

The issue with all analog video in the 2600 Core is that it is generated for a 256-pixel wide mode, not a 160/320 pixel wide mode. This makes the image a combination of wide and narrow pixels. A true 2600 has pixels of equal size across the scanline. Digital video from HDMI does not have this issue.

@NitroxityNards can only be used on a CRT- a digital to analog converter should work. Though...we may have own our solution soon...

HDMI to VGA converters are essentially lag free since they don’t buffer frames. It shouldn’t take much for them to provide something that provides 240p analog and attaches to the HDMI port (and 240p over HDMI exists already, so that can be passed to the port).

This just made me consider the possibility of a PC-98 or X68000 FPGA. That would be incredible.

Chac, you just unleashed a desire I didn’t now I had.

The push for pixel perfection at the heart of the enthusiast retro movement—and the company that wants those pixels to look better than you remember.

Article about Analogue and their products (also features @CouryC)

Looks like Friday we will see all the features included in the Super NT. As much as I’m happy with my SNES and OSSC to my TV, I’m also more excited to just have something that just works with any HDTV.