Woah, had no idea this one got ported!

Yeah, no Monkey Ball game on Apple Arcade, so Marble It Up: Mayhem it’s a nice substitute at least. Haha.

I only have one apple device in the house, and it’s a //e… you think it would run on there?

If mobile games can be brought up on here in general, then I’d mention Shadowmatic, where you rotate objects to create certain shadows.

I feel like I’ve seen something like this before. I guess it’s the object rotation - reminds me of Zen Bound, one of the earliest iPhone hits!

I didn’t find this much fun, there didn’t seem to be any puzzle to the shadows I tried. It’s wrong until it’s right. There’s no build up to being right.

Out of nowhere, a new Bomberman game announced, and it looks substantially more interesting than Super Bomberman R 2!

I adore the graphic design to this title. The concept is neat as well, hopefully it’s a lot of fun to play. 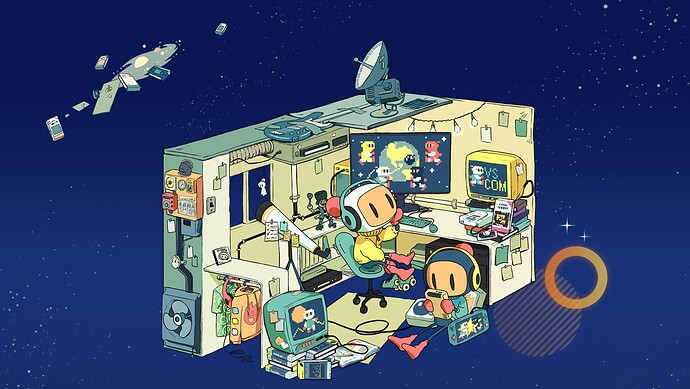 This images speaks to me

Seems so. Apple seems to be bankrolling a few original games off Konami for the service, there were two Froggers developed by Q-Games too!

Love how they didn’t forget Goemon! 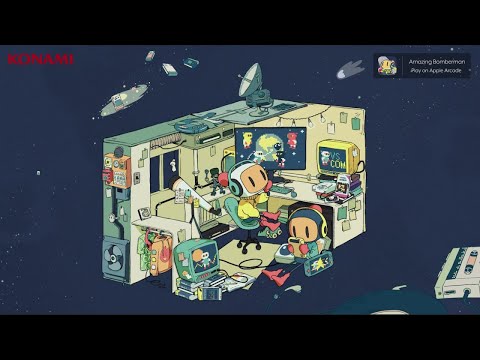 Damn a Q-Games Frogger, eh? Sounds like a winner.

This Amazing Bonberman is not so great.

The second Q-Games Frogger (Rumbling Ruins) is pretty good, though takes a bit too long to get going. But a very clever 3D puzzle game that recalls Captain Toad in some ways. But with more interactive stages.

I like Amazing Bomberman but it feels like they launched it unfinished, it’s very bare right now but the seven songs (each song is a stage theme) are gorgeous.