Recently announced by Sega as part of their 60th anniversary celebrations. Releasing in four colours, with four games available on each:

I like how dinky it is, even if it manages to make the Game Boy Micro seem like the king of practicality! Since the price is rather low I can see myself picking up at least a couple out of curiousity.

However I have many concerns. Firstly, I already planned on playing my growing selection of Game Gear games via the upcoming Analogue Pocket, so I feel these devices’ long term appeal will largely depend on how good the hardware is. And the low price of each unit doesn’t fill me with hope. If you look at the first photo above, the plastics on the D-Pad and buttons are of a notably low quality, and the paint-work above the face buttons doesn’t inspire confidence either - the “1” above button 1 is barely legible.

Considering the games lineup as well, we’re really just left with something designed as a novelty than something made to seriously celebrate the Game Gear’s heritage. It’s hard to shake the feeling that the Game Gear deserves better.

But enough from me. What do you make of this?

This is frustratingly daft. A decent sized Game Gear with Sega’s entire GG catalogue would have been amazing.

If I buy these it will be just to collect, not play.

Disappointed there’s no version with The Dragon’s Trap and there are so few games on each. Can’t see myself getting one

Yeah, the games lineup is rather lacking. I can understand not being able to license some games, like Popils, but it’s missing so many first party titles (I thought one of the Madou Monogatari games would be a shoe-in considering the series is never coming back).

I don’t mind there being few games per system, since it should let the player focus, but eight or ten per handheld would have been more ideal, allowing better coverage of the system’s library. Heck, Sega even published 22 Game Gear games on the 3DS, a chunk of which weren’t included here.

As mentioned in my post the novelty factor is the only reason I’m excited, just worried how long until it wears off though…I get the feeling Sega may well be counting on this going viral on social media - could you imagine them trying to sell this product in the age of non-digital marketing? What would a print magazine ad even tell us?

Having been a fan of SEGA games since their early titles in the arcades and on the Master System, this news came as such disappointment that I’ll probably never purchase one of them.

The fact that a company with such a rich history would celebrate a milestone with such an underwhelming product is unfortunate in my view.

I hope that those of you who are into the micro consoles will enjoy it for what it’s worth, but I won’t be parting with any money for a keychain-looking Game Gear.

I would have preferred the fake tower of power that influencers and streamers got of for the NA version of the Genesis mini.

Sure the complete set box looks cool but the GameGear was one of the 2 big disappointments that Sega gave me, even if not as bad as the other one. Even if this was a proper “mini” system with an actual good screen and size to it it would still be a maybe buy since there is very few GameGear games I liked that were not better elsewhere.

I honestly think they came up with this as a joke and then ran with it for laughs. But I actually do like how dinky it is too.

For me, the price is way too high though.

I really want one of these now for some reason…

Tempted to get two: Blue and Black.

Out of Red and Yellow the only games I could see myself playing at a whim are Shinobi and Nazo Puyo, but both are on 3DS Virtual Console in Japan via M2’s excellent emulation (the per-sprite motion blur is incredible).

I thought it was one package containing all 4 colours.

That’s if you want the Big Window Micro, they are otherwise available separately for about 5000 yen each.

Wow what a miss of the target for Sega… $60 CAD for one of these is off the charts stupid.

I was reading somewhere that they originally only planned to include one game per handheld too!

I just can’t resist something as stupidly novel as this, even though the 15 year old Game Boy Micro is (perhaps depressingly) going to come on top on build quality, practicality and battery life, while still having a cartridge slot. I wish Sega were serious enough to make a proper Game Gear Micro in that style.

But whatever - this will be great for macro photography!

Settings screen as shown in the M2 livestream. No display/emulation settings like 3DS Virtual Console

I wish they would include a Big Window with every GG Micro.

This hands-on (https://game.watch.impress.co.jp/docs/kikaku/1277751.html) might give us a good indication of actual size.

Here’s a very unscientific comparison with my own Game Boy Micro:

Probably how big a Micro could be without the cartridge slot.

Perhaps a better sense of scale from the AAA battery compartment 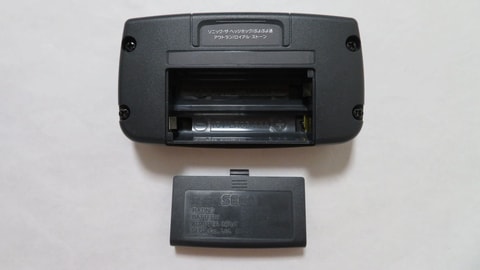 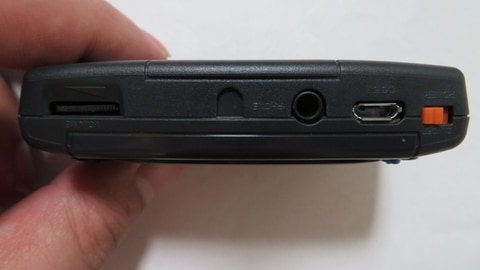 It’s cute, and I would have bought one as a trinket, but I have no interest of paying money for/playing games on something that small. Shit, the micro was already undesirable to me.

Famitsu put up an image next to a VMU that I think gives a good idea of the size.