How is the plastic quality?

Sega originals are iffy for Mega Drive (hence they all look beat up to hell these days), they got better for Saturn.

I think that’s when every Sega owner should buy one.

The plastic feels pretty damn sturdy honestly. I’ll let you all know if it scratches easy.

Hmm, not sure where to put this but I saw 8BitDo now sells PCB’s to make your OEM controller wireless. $20 too, but would need an adapter/receiver for the consoles. (NES, SNES, and Genesis/MD)

The wireless part is the least appealing thing to me about getting controller replacements. Even with modern systems I keep them wired. It’s all about being able to still get good quality controllers for when the older ones wear down. Ones that have the same feel and quality of oem.

I was going to make a new thread abut this.

I’ve bought one of each and will report on them!

Kind of pointless if they don’t have receivers for the original consoles. Maybe these are for people who like to fool themselves that they are playing on real hardware because they are using an official controller with an emulator.

EDIT: Just a moment, are the 8BitDo Retro Receivers for the consoles? In that case, yeah these will be very handy. The less wires the better.

If they release a Genesis adapter I’ll buy one to compare to Krikzz’s controller.

8bitdo make receivers for NES, SNES, and Nintendo mini consoles. These are compatibe. No Sega ones yet but maybe soon.

I also wonder which version of the six button Mega Drive pad it’s designed for, I presume the Japanese one. Or maybe the same board fits both? Krikz one is the less common larger one.

Looks to be the Japanese one… The western pad is longer and IMO much more ugly and not as nice to use.

The relationship between 8bitdo and Analogue has been interesting. The wireless dongles appeared first for the NES (and NT) then the Super Nes wireless adapter came out now we are seeing Genesis boards. My theory that the Genesis is Analogue’s next machine got a little bit more likely.

I was telling @sockfelloff that I think there is a chance we will get the Genesis next from analogue and since we don’t have an actual bet going (we should have a steak dinner bet) that their next console will be the genesis AND I believe it might actually have the 32x on board (I also think there is a chance it has a CD Drive for Sega CD games too, if it doesn’t, you will likely be able to run them via the SD card and adapter to attach your regular Sega CD to).

The CD drive for Sega CD or at least some kind of support is kinda a must imo.

I don’t think it would make much of a difference for the fpga to make it run on top. It would a gripe some people would have but I think the programming for it wouldn’t take that much more effort. I personally would like to see them put their own CD Rom drive in since those aged drives aren’t going to be working as long as a new one should.

Yeah I’m just doing my normal anti 32x shtick, there would be little reason to leave it out since it would use the same cart slot. I mean other then weighing the system down with all the stink of a pointless add-on.

I don’t have Sega CD or 32X so what do I know. I am afraid of the CD format in general. I have blank and rotted CDs so the idea of building an awesome Sega CD, PCE Super CD or Saturn Collection is typically a hard pass. Of the expensive games I do own on CD, I plan on selling them at some point. My carts on the other hand are going to be with me as long as they have some personal value.

I think a Genesis is a likely choice for their next console but there’s no way it includes 32x built in. It’s a twin processor monstrocity that would require alot of work/space to incorporate for little little reward.

OMG. Finally. Been waiting for something like this for years. I think I’ll have to snag the NES ones at least.

Sega consoles (up to the Saturn) are almost universally simpler designs than Nintendo ones. Hell, they’re all basically colecovisions with extra chips added up to the Mega Drive. That’s why you got full speed near perfect Mega Drive emulation on low power devices much much earlier.

From what I understand the Mega CD is reasonably complicated but the 32X is quite simple?

The Retro-bit ones are being shown now 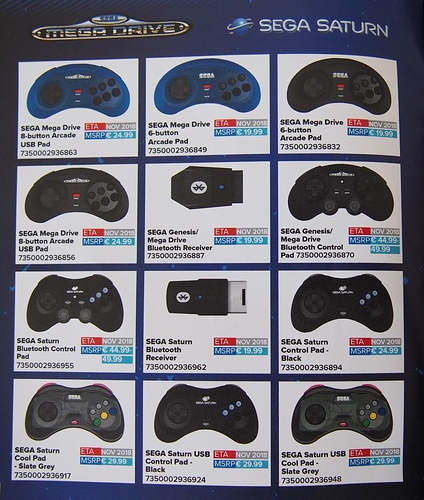 Only the horrible ones with analogue sticks added are wireless 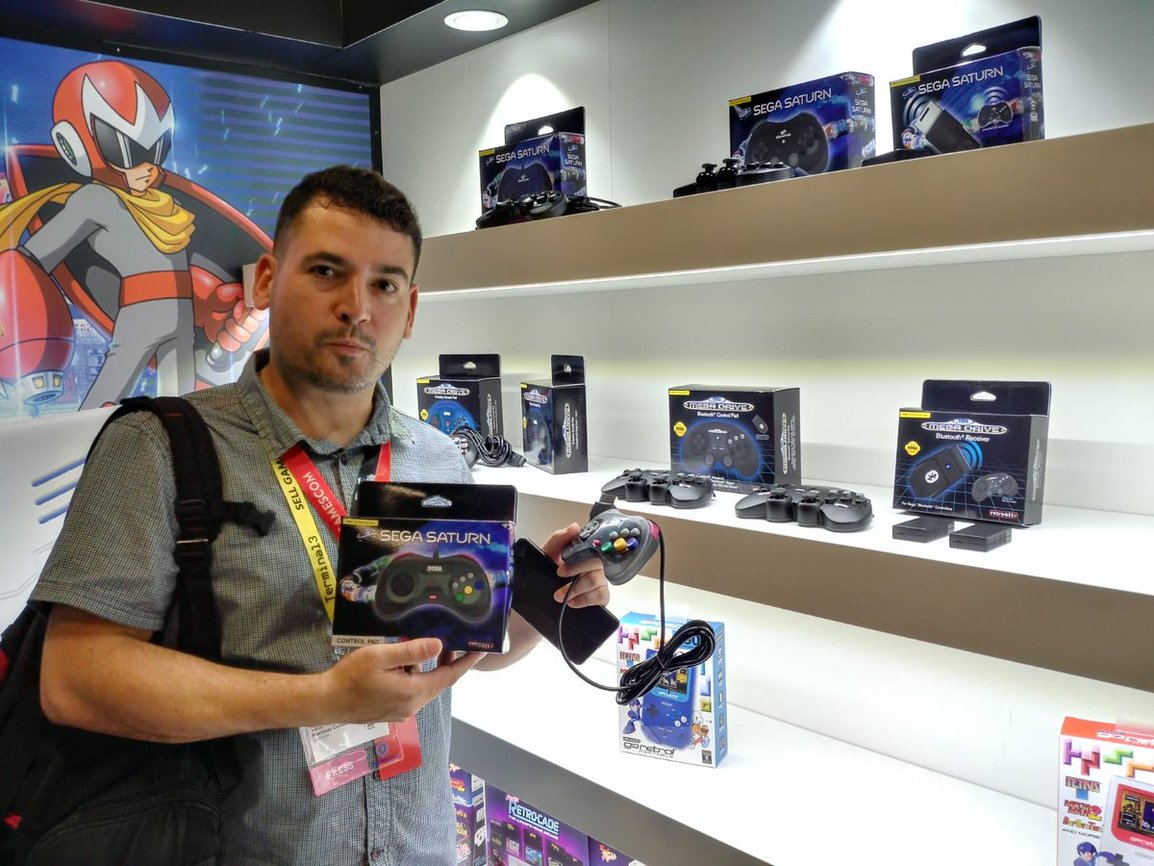 The wireless/analog stick version looks so big too : ( 8bitdo save us pls