In the majority of linear 2D games, the player character has to travel from left to right (Mario, Sonic, R-Type, Double Dragon, etc.) or from bottom to top (Commando, Ikari Warriors, Xevious, Road Fighter, etc.). This got me thinking about games where this is reversed. Honestly, I can’t think of too many examples.

Sure, there are some games where you travel in an unconventonal direction for a bit (Streets of Rage’s final level and every other level in Kung Fu Master, for example), but games where you exclusively travel from right to left or from top to bottom seem to be quite rare.

Do you guys have some more examples? 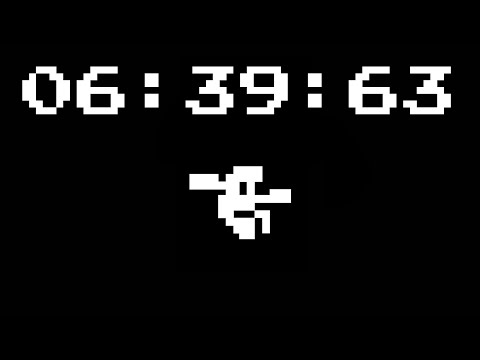 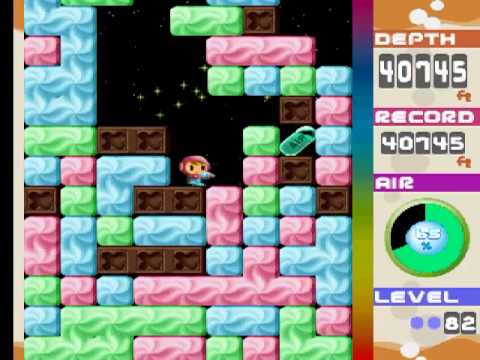 Your mention of Downwell suddenly reminded me of H.E.R.O.'s gameplay. Another one for the list!

Thought of another game where you travel from the top of the screen to the bottom: Elevator Action.

Man, I hope the sequel will get an Arcade Archives release one day.

And another one: Penguin Land.

In Choplifter you travel from right to left, rescue hostages and take them back to your base. 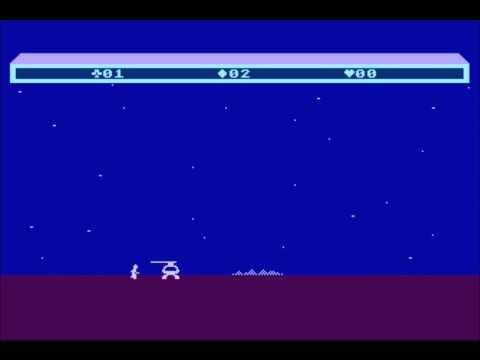 In Caverns of Mars you travel from the surface of Mars into a cavern, set a bomb and then back out. 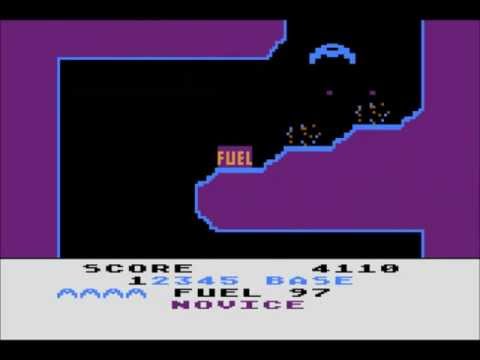 One of my all time favorites from when I was a kid. It doesn’t skimp on the difficulty though, that’s for sure.

Got another one: Dragonfire. 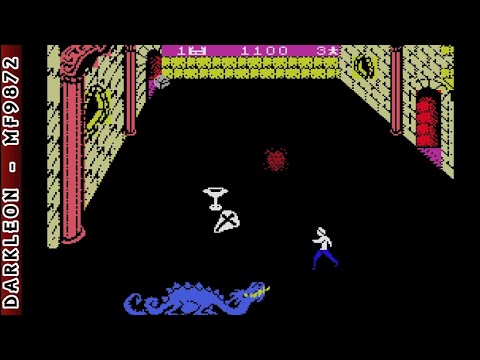 Oh man, this game makes me laugh… the c64 is hilariously bad, as you need to have almost pixel perfect jumps to clear the fireballs. It’s extremely unforgiving.

I do like the Coleco and TRS-80 versions though, they are fun.

Montezuma’s Revenge! You start at the top of the pyramid, and have to work your way room-by-room down to the bottom.

The Master System is probably the best version, but it was released on quite a few different platforms. 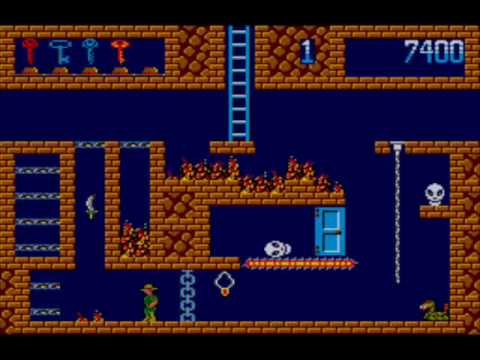 Abbadox for the NES had normal horizontal scrolling levels but the vertical scrolling levels all scroll from top to bottom. This game was tough as nails but I really loved all the body horror. I got for it for Christmas in second grade. Glad I got a Game Genie the same year. 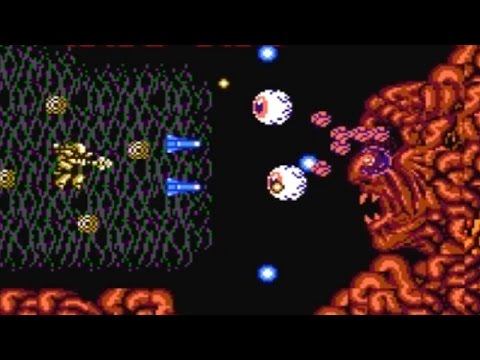 I’ve heard of this game but never played it. It looks really fun!

Walker on the Amiga by DMA Designs and Psygnosis was a really badass 2d sidescrolling game that moves to the left.

You control a mech left and right, and aim your guns with the mouse. Really awesome concept for the time, and it’s animation and sounds were really satisfying.

I only ever had the demo for my Amiga when I was a kid, but I always thought it was a cool game. 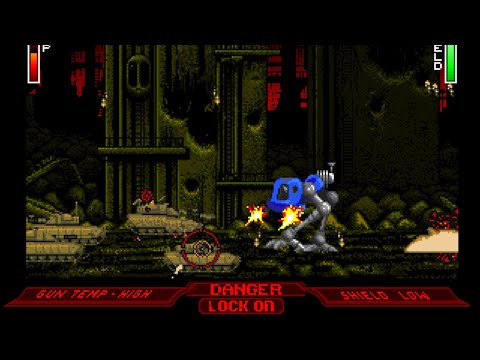 Let’s take a look at one of the most unfortunately named games on the NES. SCAT.

You can file this one under the “mostly left to right” shooter category BUT it also has up to down and down to up sections. 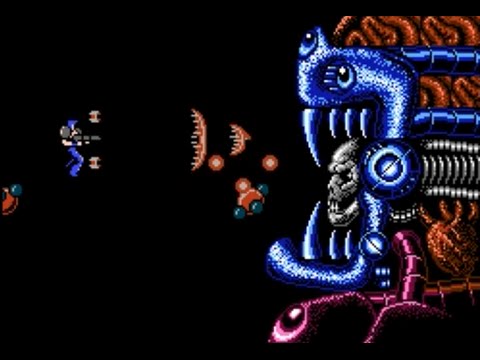 Heavily influenced by Forgotten Worlds by the looks of things.

Pitfall which managed to come out on pretty much everything at the time had left and right scrolling. I often wondered if going one way was meant to be harder than the other. 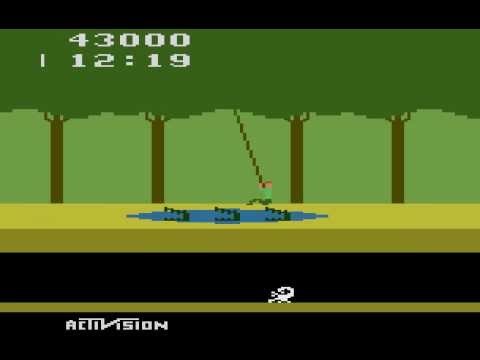 Maybe side scroller magazine could do a feature on this 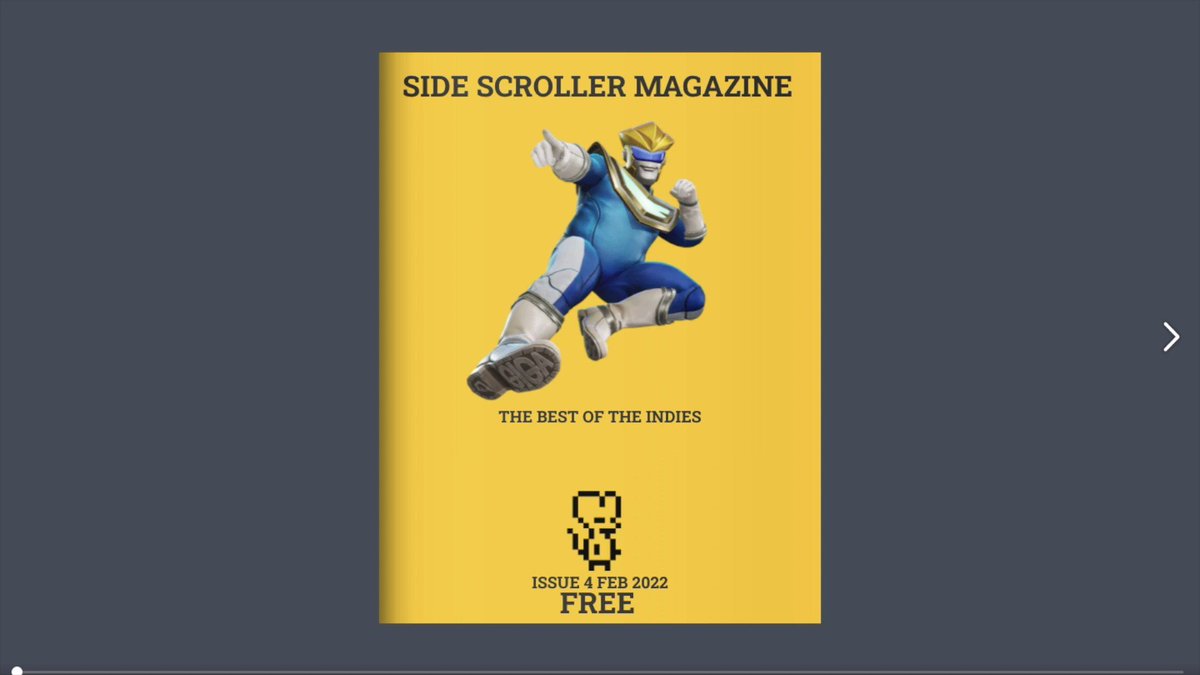 Get ready for the fight of your life in Go Straight: The Ultimate Guide to Side-Scrolling Beat-’Em-Ups. Written by award-winning author Dave Cook, and opening with a foreword by legendary Double Dragon creator, Yoshihisa Kishimoto