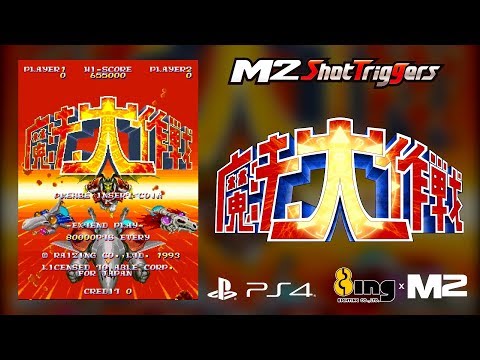 Cool. M2’s still at it with their ShotTriggers series of shmup re-releases, with the newest one being Raizing’s Mahou Daisakusen – a pretty highly-regarded game.

Dig that they are updating their winamp widgets to be thematic.

It really whips the llama’s ass.

Whoa, when is Ketsui coming? That’s news to me!

They’ve been silent on it, but presumably, it’s not till next year now.

This is one of those MAME shooters that never clicked with me when I played it years ago. I remember it as a game based around score, rather than having any interesting enemies or patterns in the traditional sense. Hopefully we’ll hear something special about Ketsui that makes it more than yet another port we really don’t need right now, imo. My enthusiasm for these ports is dropping off a cliff as is.

Looking forward to trying this port. I owned the PCB for a short time, but really never put a lot of time into it. Passed it along b/c it wasn’t getting used.

I really hope we’ll get an announcement for other Raizing catalog titles soon.

Yeah, it’s cool we’re getting more Raizing, but where is Battle Bakraid and Batrider?

If they released Batrider or Dimahoo I would lose my mind.

It’s amazing how when you find one shmup you enjoy you suddenly want to play them all. I recently discovered just how much I like this genre when Dave lent me layer section, and now I see myself just buying as many of these types of games as possible. I already own my own copy of layer section and am looking into acquiring some other games (hopefully on the cheap).

Given your love for Metal Slug and 2d in general im kind of surprised you didn’t latch onto the genre sooner. Welcome to the party pal!

My tip would be to get on board with all the Cave ports on the Xbox 360 before they start going for silly prices, you have to get Mushihimeshama Futari Black Label, it’s absurdly good. Create a Japanese account and you can download region free games like the Muchi Muchi Pork / Pink Sweets double pack for a fraction of the price of the physical version too. Can also recommend all the Triangle Service ports and Qute games as well, it’s by far the best modern console for stg’s.

That documentary is real good. I would also recommend STG Weekly for anyone jumping/returning to the genre in 2017. They are over 100 episodes at this point so as much as I want to say just watch 'em all, I understand that isn’t practical. Pick episodes from games you are interested in and go from there. Or marathon the whole thing, I’m not your mom!

Incredible amount of knowledge and talent on display. You will absolutely learn some things about the games or genre as a whole. 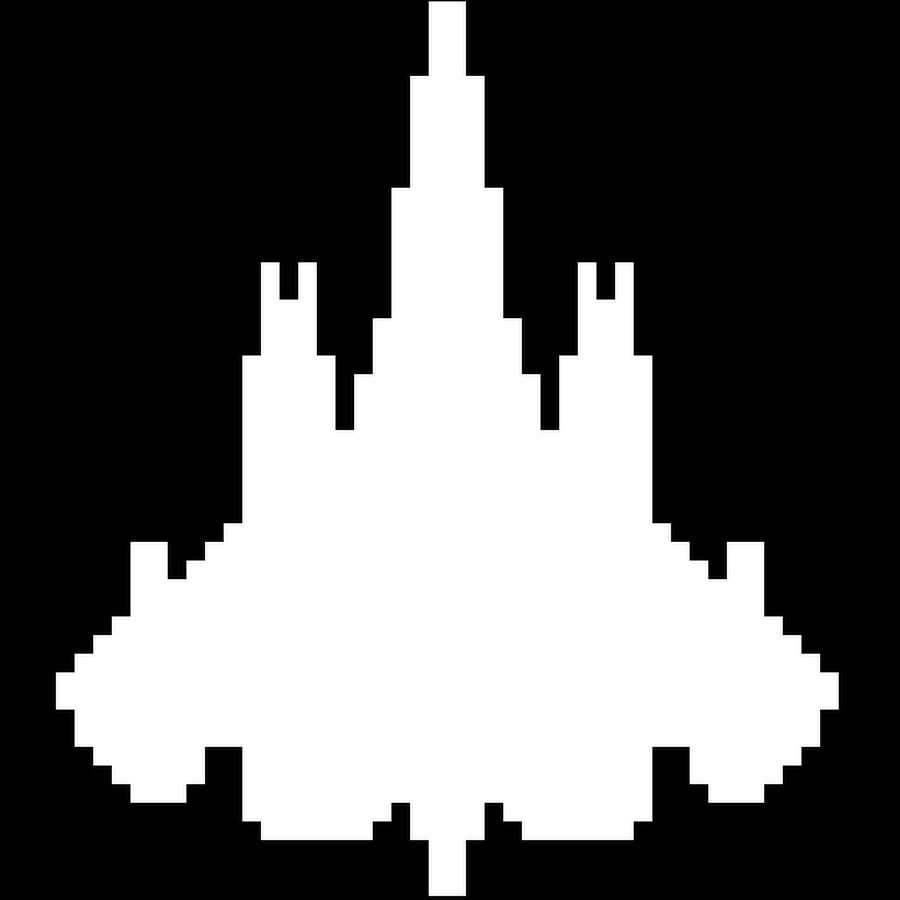 A weekly show featuring gameplay of STG or "shmups" with approachable commentary from passionate fans of the genre. We comment on 1 credit clears or high sco...

I think the reason why it took so long for me to get into the genre is that I chose some overly difficult shmups to try and play and their complexity turned me off. Mars Matrix and Ikaruga have scoring systems that I couldn’t really wrap my head around as a teenager.

But now that I’ve played a simpler example of the genre that is as high in quality, I see what all the fuss is about, and will give them another go sometime.

next to fighting games, I have always adored shmups, particularly vertical. My eldest sister was somehow a master of Sky Shark on the NES which was my earliest exposure. I had Varth, 19XX, Raiden 2 and DX at local places. In the 6th grade I somehow found out about Cho Ren Sha 68K for PC while screwing around on one of the Tech computers. I had a fascination with aircraft growing up and they were simply the coolest games I had ever seen. I didn’t have the pleasure of knowing about Raizing/Eighting until I started getting into emulation, but I knew staring with Garegga that their brand of shmup was right up my alley. The fact that their titles are being given modern ports is beautiful, and I’ll be sure to scoop all of them.

The only home version of the first Mahou game up until now was the FM Towns port right? Will probably get this next payday as after getting Odyssey my gaming budget is a bit tight this coming week. Because if it’s like Dangun Feveron it will be about 3900 yen, $39 is kind of steep for digital only but these M2 ports are just too good to pass up.

Store page is up

Can I ask where other people get their Japanese points from?

I’ve been using japan-codes for a while but I’m wondering what alternatives people use on here?

I have been playing the release on 16:9 because of the exquisite info-heavy wallpaper. But decided to switch it to vertical. This is easily my favorite of the three Shot Triggers release. Excited to see what they do to Ketsui.

Been playing this a bit lately. I’ve hit Stage 4 a few times, but I’ve found that the stage 2 boss gives me more trouble than the stage 3 one, and I think I panic a bit whenever I die and power down.

Anybody have any good basic strategy resources on this? Not that the game seems particularly beefy.