Micro Mages for the NES, did you back it?

Got the download link for the digital version late last night!

Backers got their ROM and PC downloads emailed to them, and the game can now be bought on Steam to either play on PC or use the ROM on your favourite flash cartridge. The ROM is readily available in the install folder.

The cartridges should be shipped this month to backers, and available to buy soon after. A Famicom release is being considered, but nothing will happen (if it happens) until the NES version is done with. 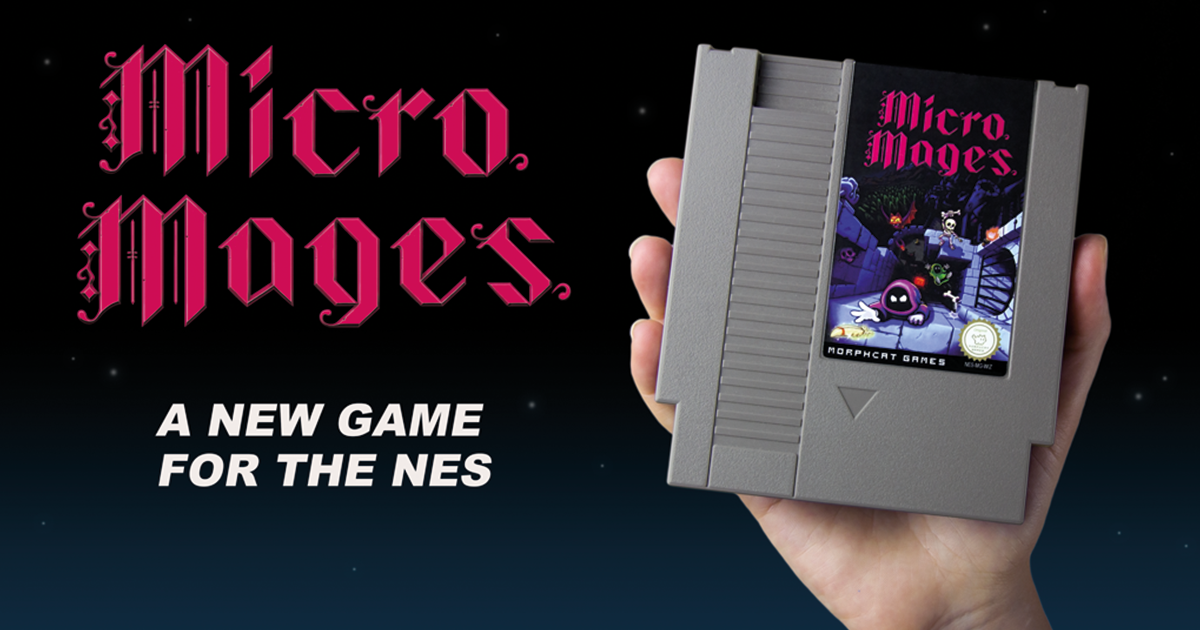 A platformer developed for the NES. Now available on PC! Play solo or with up to 4 players simultaneously.

Got mine via email. Going to try it this weekend. Can’t wait!!

I’m going to try to play this this weekend but I’m pretty busy tomorrow so I’m not sure if I’ll find the time. I backed for a physical copy but it’s a pain to play NES games in my Twin so I’ll probably just play the ROM. I’m super happy they sent that or I may never play it otherwise.

The game looks so legit and I want to play it but may wait and see if there’s a Famicom version as that’s my preferred format. And don’t want to buy a rom in the meantime.

If no Fami version ever comes I could make one I suppose.

I bought the steam version earlier and copied the .nes rom that comes with it to my NES mini, it runs and looks great, really enjoying the game

You can pre-order the cartridge here

IMPORTANT : The game is in pre-order status now and shipments will start on July ! Check the Micro Mages Kickstarter page for more information on the project. Micro Mages was created by Morphcat Games and was released on NES cartridge and also on...

Ah cool! Nice to know that you get the NES Rom with the steam version. Thought the Rom was only available to the kickstarter folk so this is great news for people who wish to play it on their flash carts or via emulation.

So far it’s fun, though I only played by myself. It’s obvious the game really shines in multiplayer, with two to four people cooperating to reach the end and competing for points.

I only played the game on computer, where graphics are sharp and pixels are square. The sprites are so tiny I can’t help but wonder how it will look on a cheap CRT.

Tried it last night on an actual Famicom AV via Everdrive. It runs really well and the game is a lot of fun but perhaps a little too challenging for players new to video games (much like most NES games). 2 player works well and I can only imagine the awesome mayhem of 4 players. The music is fantastic and overall it feels/plays just like a normal NES game would. Definitely is as challenging as an old NES game so there’s that to be said too.

Also, seeing “2019” on a bootup screen while holding an NES controller in front of a Famicom AV felt so surreal 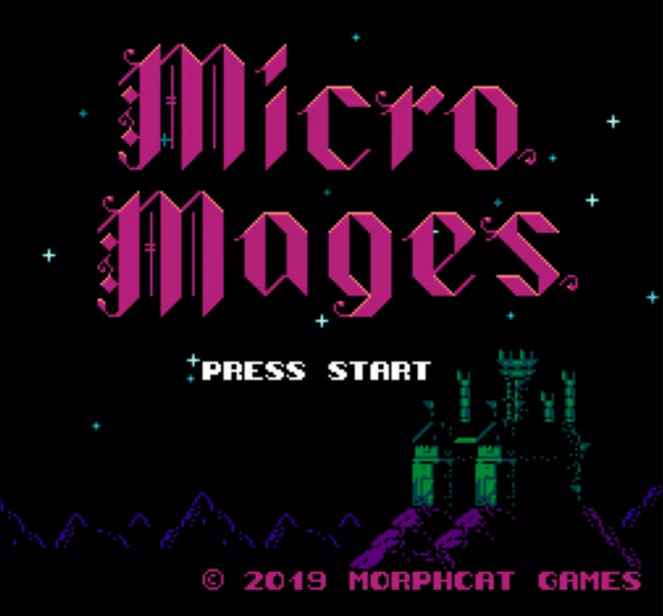 So, worth a buy? How are the graphics? Do they push the NES well?

Also, seeing “2019” on a bootup screen while holding an NES controller in front of a Famicom AV felt so surreal

I was playing it when my wife was in the room, who has little to no video game knowledge, and showed her the 2019 and she was like ‘What the!?’ lol

So, worth a buy? How are the graphics? Do they push the NES well?

Worth a buy? I think its around $10 and its definitely worth that payment if you are curious. I wouldn’t overhype it and say its unique and special but I think - if you’re a veteran of NES games - then you’ll really appreciate the subtle aspects of Micro Mages that were clearly inspired by other NES games (like batman, ninja gaiden, mega man etc.). It’s definitely worth getting if you’re geniunely curious. By comparison, I was playing the game with my wife who isn’t familiar with video games (let alone NES games) and she didn’t find it to be any more special than other video games.

Graphics? Animation is stunning and the pixel art is nice. Level design is stunning and even at times after completing levels I wanted to go back to them and try again because I missed a few things.

Unsure what you mean by “Push the NES well” but I remember reading about the development and how the devs tried their best to deliver as much as they can based on the limitation of the NES hardware. Performance-wise it’s smooth. very fluid. Not very glitchy from my initial gameplay. It uses passwords as a save mechanism. This is probably on the Rom version of the game. If you playing this on steam or PC then I’m sure it’ll use proper saving. Still, pretty neat.

Thanks for the info. I may grab it then.

I played through it with two friends and had a great time. We were able to beat it in a single play-through (maybe 2 hours) but it feels like there are plenty of secrets to find.

I just got shipping confirmation for my physical copy.

I just received the Kickstarter shipping survey last call, I was part of the second batch

The first batch is shipping today!

Got my copy today! Great presentation. The packaging was really awesome. They also sent a tote and some extras I wasn’t expecting.

Played through the first level. The controls felt great and the art style is perfect. This really feels like a legit game and. It s hobby project. Morph Cat crushed it.