It’s for PS3. It’s my favorite retail [1p] arcade stick. My pic does not do it justice. 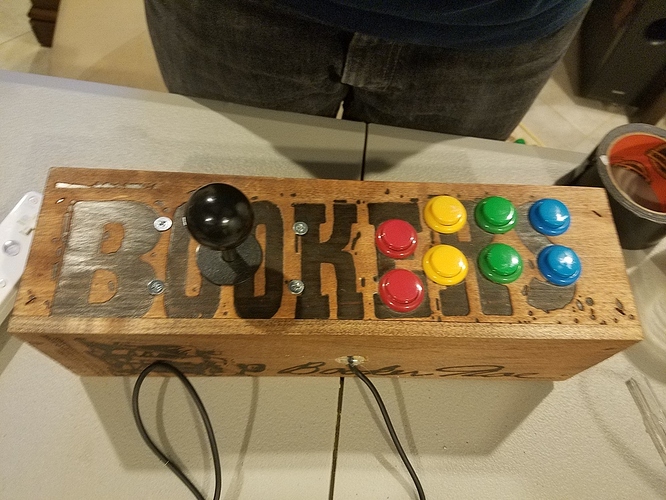 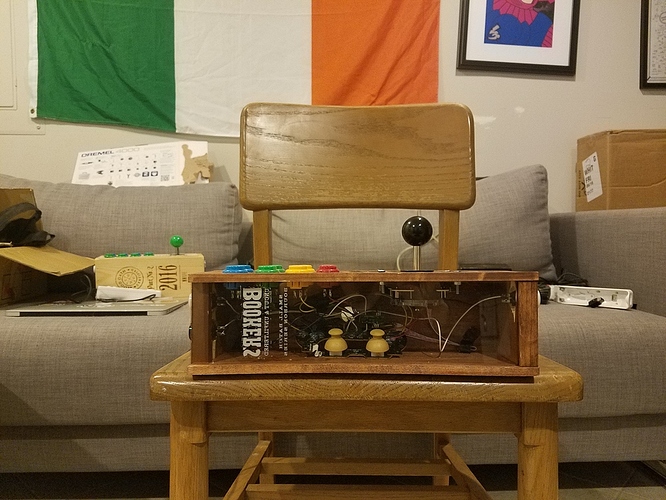 holy shit that is amazing

Thank you! I’m pretty happy with how it turned out. 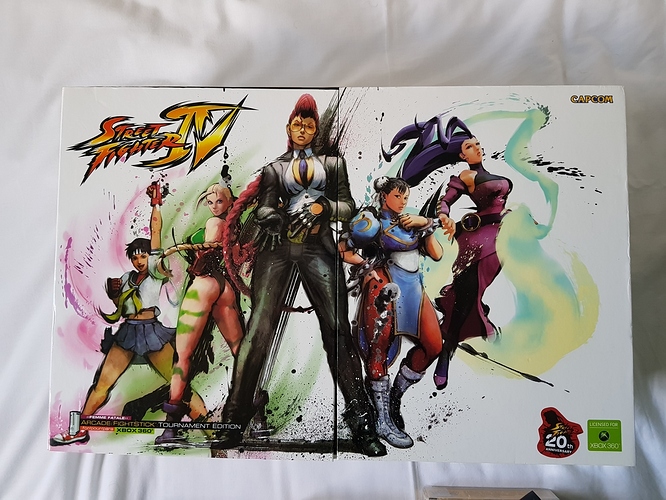 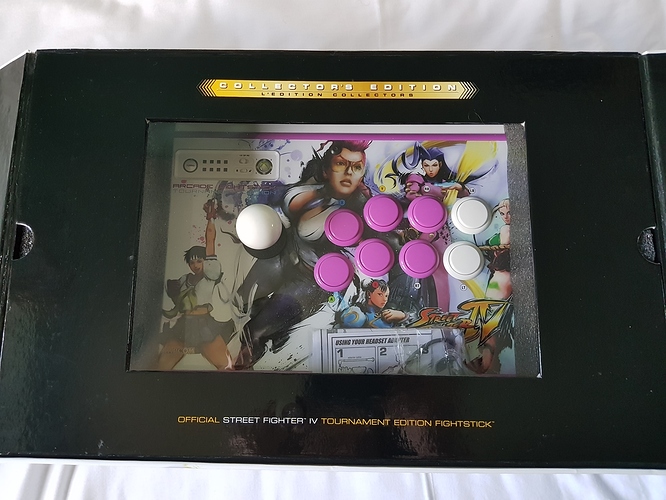 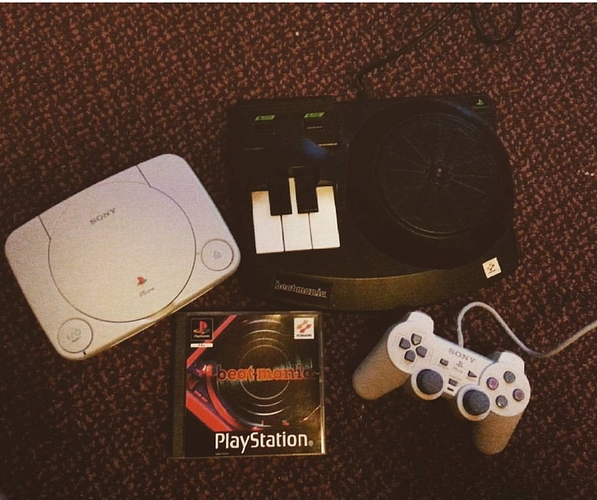 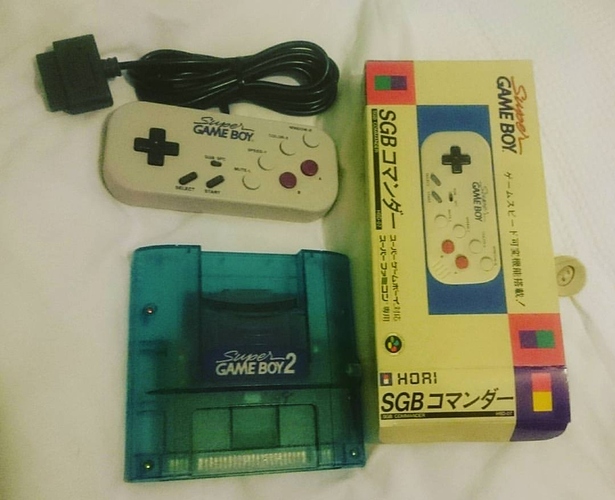 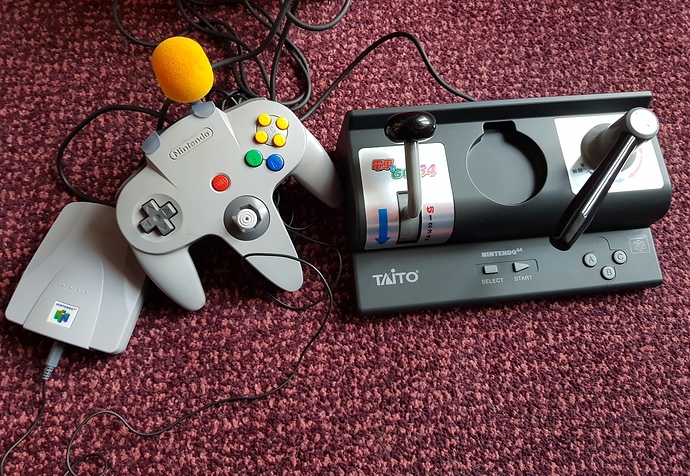 I made a padless NES controller out of a cigar box. Thought it might be a fun way to play RPGS. Put A and B on both sides, cuz why not. I can confirm that it is a real fun way to play pinball quest! 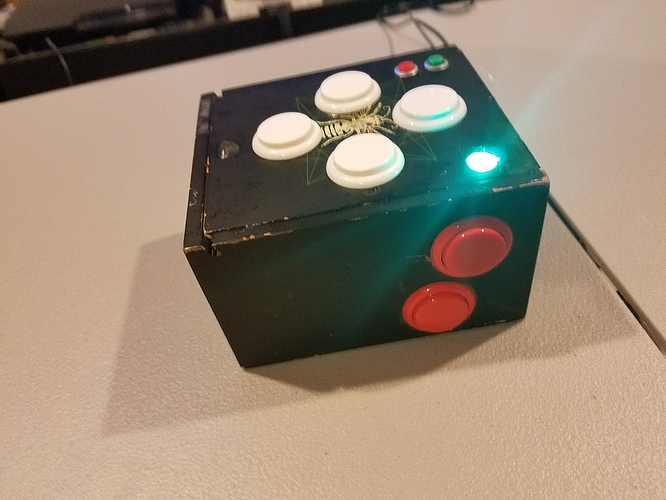 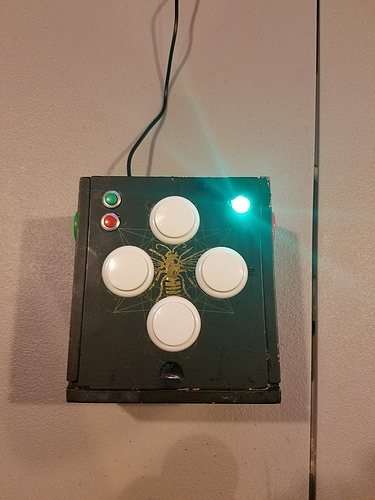 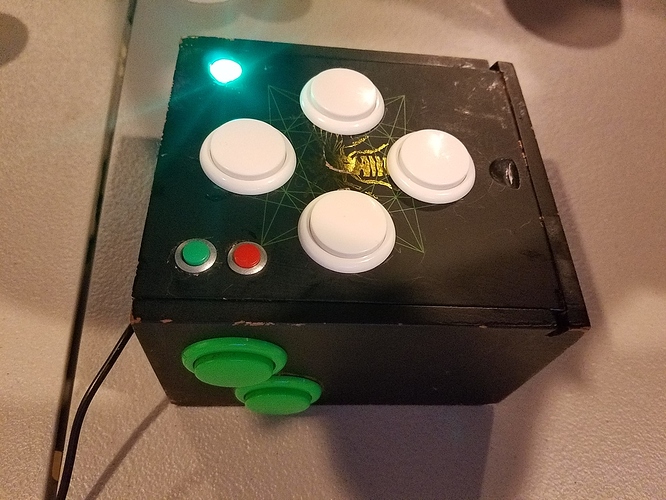 Cool idea! Does it work well?

I’ve recently kind of wanted a one handed controller for rpgs.

In my minimal use of it (about 2 hours, finished it yesterday), it works well - I think a t-shaped layout for the directional buttons would have served it better, but so far, so good!

I just picked up a Hori RAP N, but I still use this beast a ton. 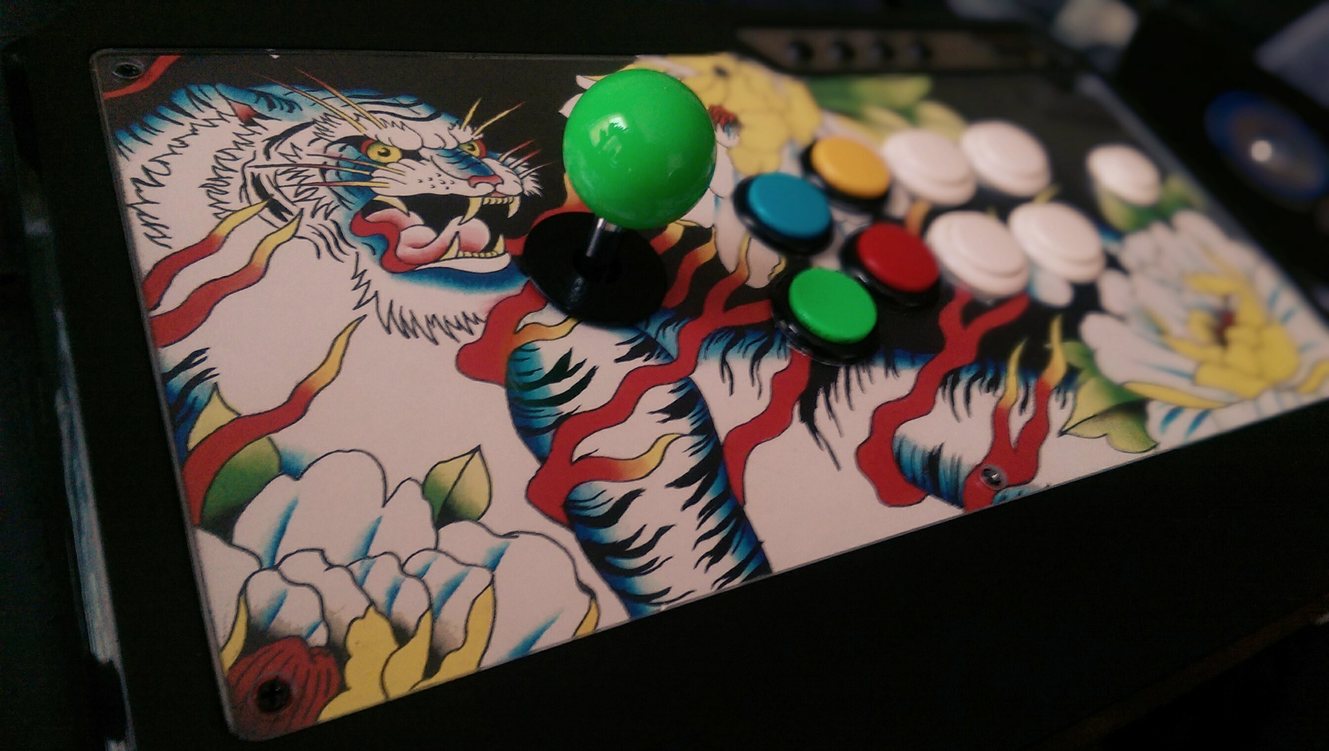 Found these while digging through some stuff just now. Don’t think I paid much as I got them as part of a bigger lot some years ago. They plug into my SNES but they look like they could have had some other adapters to be used on other systems perhaps?

Hahaha that’s so bad it’s good. It sure made me smile.

So lately I have been messing around with the idea of a “modular” arcade stick. Basically a cigar box with a joystick shoved in it that plugs into other cigar boxes with PCBs in them. Pretty happy with my initial efforts. 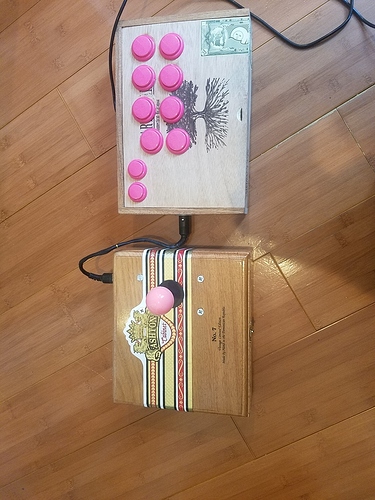 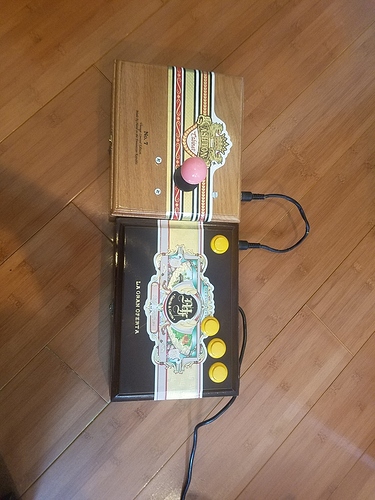 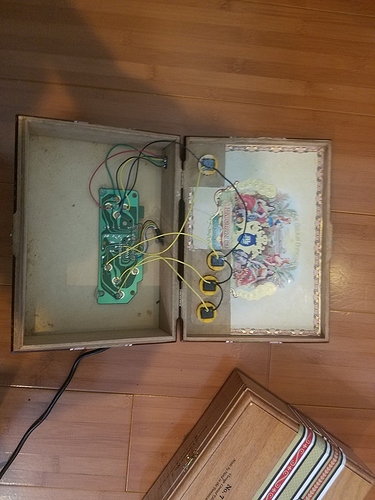 Can’t wait to iterate on this. I’m working on a PCE controller now!

Nice work! DIY-ing an arcade stick is on the list of things I want to eventually get around to. Assuming these aren’t your first? Did you start out with a guide or anything, or just dive in?

So I’ve done quite a few at this point, but my main resource in teaching myself was slagcoin:

It hasn’t been updated in a good while, but it’s a FANTASTIC resource for anybody getting into padhacking. Once you get your footing, it becomes remarkably intuitive. I used what I learned there to replace and rewire the controls on my office MKII machine

The biggest hurdle is getting over your fear of destroying an old controller, haha

Wow, slagcoin is super in depth. Thanks!