Someone on here once recommended a smartphone lightgun like game. I think it was @matt but it was a few months back. Unfortunately, I forgot to download it back then and forgot the name. Also, besides that one, does anyone have suggestions of a good one?

I would love to tapkill some bad guys right now.

I think it was this - need to play it myself. https://www.mobygames.com/game/iphone/assault-chaingun-km

That was it. Superb game.

“This item is not available in your country”

You could contact Email/Tweet the developer to ask about that?

Thanks for the link, I couldn’t seem to search for it and thought it might be unavailable in NZ too!

Haven’t played this, but just looking at the pics it looks an awful lot like Gunblade NY. Interesting.

Ran through the game in <10 minutes. It’s a fun romp and fairly easy. I can even see a 1CC run being possible with enough playtime. Thanks for the rec!

I downloaded this on an iPhone 6S. Had to dial in the cursor speed.

It certainly is actually. I’m not able to beat the second level yet

I’m not entirely feeling the sound design though. The sound effect of actually shooting bad guys isn’t enjoyable for some reason.

Version 1.1 out which adds a new stage. And improves the sound of shooting a bad guy! How funny @Peltz

Thanks to @harborline_765 for letting me know this is heading to Switch! 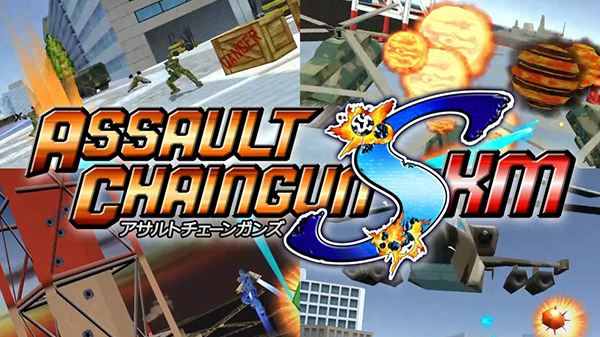 QZK-developed on-rails shooting game Assault Chaingun KM, which first launched for iOS via the App Store and Android via Google Play in December 2018, is coming to Switch via the Nintendo eShop as Assault ChaingunS KM on February 20 in Japan for...

Nice! Hopefully the joycon aiming works well with gyro and doesn’t drift too much.

Downloaded this today for my iPhone, I’ll try it later. Trailer looks a lot like Virtua Cop visually!