All right, so here’s a welcome Monday surprise. Looks like DotEmu has just announced Streets of Rage 4 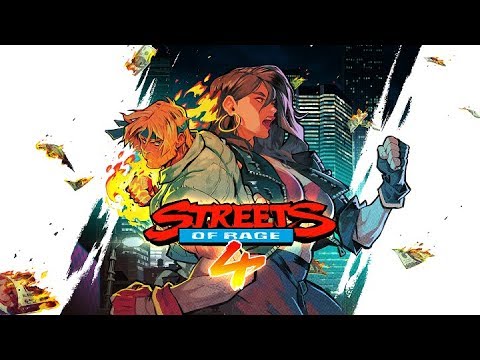 Reveal trailer is pretty light so far, having only shown Axel and Blaze (Only 2 characters?). They don’t even mention platofrms, but PS4/Xbone/Switch would be a safe guess. The art is done by Lizardcube, who did the artwork for the recent Wonder Boy: The Dragon’s Trap remake. I wonder if they’ll do sprite based graphics as well, considering the Wonder Boy remake had both the new and original graphics as options. Personally, I’m not feeling the style so far.

The press release on their website talks about thes eries being “famous for… electronic dance influenced music - scored by Yuzo Koshiro”, but no mention of him returning for this game, so I would think either he isn’t, or the contract’s not done yet.

Thoughts? I’d like to be cautiously optimistic, but based on the reveal trailer and the few screenshots, I’m not sold yet. STILL, it’s nice to see some of these old classics getting recognition. I wonder how many younger game fans would even recognize this franchise?

I’m cautiously optimistic but hoping for the best ! They did a fantastic job with Wonderboy so I can only assume they will do the same for SoR!

I bet this drops before Paprium

I’m not a huge fan of the art style but if the gameplay is on point I’ll get over it.

Screenshot with CRT computer monitors was just a coincidence, right?

Screenshot with CRT computer monitors was just a coincidence, right?

Haha, yup! I actually picked that one because Axel’s doing a GRAAAAAND UPPAAAAAAH

I like what I’m seeing. Lizardcube did good on the Dragon’s Trap remake and I like the style once I was able to get past it not being pixel art. The music will be key since that is the most memorable part of the older games for me even above their looks.

Streets of Rage Remake is my personal SoR4.

I only hope they won’t give the players infinite continues. Arcade games like these can be finished in like half an hour and people will inevitably complain about how it’s way too short and a ripoff if they can cheese their way to the end.

I am also a huge fan of the Wonderboy Remake (Even if I didn’t like the game so much), so I feel like this is in good hands. Not a fan of some of the design details for the characters in that screenshot but the overall art is slick. Most of Sega’s old IPs seem cursed these days but Sonic Mania taught me that anything is possible.

It would have been great if they had worked with the SoR Remake guys though. They did good work while Sega let SoR rot (then again Capcom has done the same with Final Fight and no one seemed to keep it alive like SoR). I’m gonna have to try to get it going on my CRT_Emudriver setup now that I am thinking about it. Has anyone here tried that yet?

Edit to Ask: Any update on Paprium after they put out that ‘commercial’? I was super excited about that game but it feels like its a dead project.

Yeah, like Windjammers, I’m not a huge fan of the look but I can get over it. The music has to be spot on though as that’s the most enduring thing about SoR.

I’ll definitely pick it up to play with friends over a few beers.

I love the music, but the gameplay is what really stands out to me. Specifically Streets of Rage 2 which has perfect hit detection and hard hitting brawling combined with a real sense of style and technical skill. It’s just the perfect combo of everything great about the beat 'em up. I’m not sure there is any BEU better than the second game?

I loved Dragon’s Trap. I was hoping they would get a chance to start doing other remakes but I wasn’t expecting a new game from them. I hope they use the bones of SoR2. For my money, I can’t think of a single brawler I would rather play over SoR2. I wanted so bad to love SoR3 but that music just drove me nuts. Ikari, please make a SD2GEN so we can have MSU-1 (I don’t even know if that is possible, I just wish the game wasn’t so damn noisy).

How is Axle jacked in this image…

Then he is 30 lbs overweight in this one…

Ikari, please make a SD2GEN so we can have MSU-1 (I don’t even know if that is possible, I just wish the game wasn’t so damn noisy).

It already exists though, it’s called the Mega-CD.

They’re making a sequel to one of my fave beat em up series of all time? Is this real life?

Loved these games back in the day. So I will be hoping for the best.

Wow, I freakin love SoR… I know I shouldn’t get my hopes up, but I will!

Man, now that I’ve seen this I can’t unsee it!

He must have switched from apples and roast beef/turkey to beer, burgers, and fries!

Blaze looks like she’s been hitting the thighmaster as well, now that you mention it! These streets are gettin’ thicc!

I love the SOR series and I’m hyped for this. I prefer the old pixel sprites, but I’m glad they went in this direction. I think it looks great.

SoR is the best brawler out there. Hopefully they capture the satisfying feeling of the originals combat. The punches and kicks just feel so solid and satisfying. Not loving the art style but it’s not terrible and might grow on me. Same with Axel’s new design.