Treasure Co are posting about the Switch 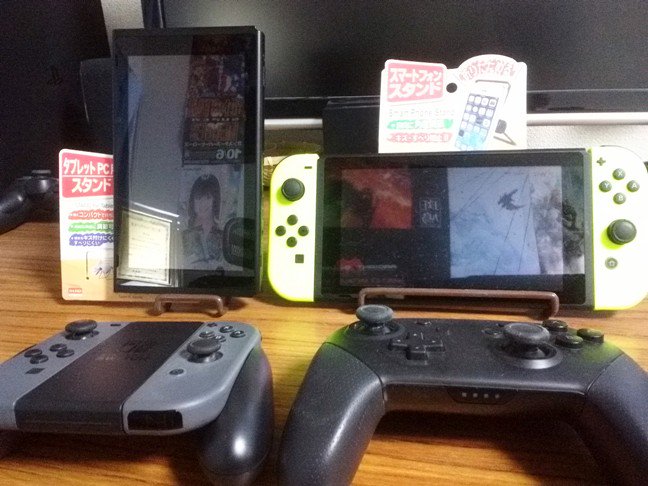 Apparently, the post is about horizontal being perfect but Tate being a bit short. Either way, the fact that they are looking at this at all is awesome for all of us.

The amount of retro goodness on the go on this machine just blows my mind every time I pull it out. Also, would be pretty awesome to play a lot of these older games in Tate without the hassle of having a second monitor or CRT lying around for the expressed purpose.

Yeah, was very excited to see this (just happy to see any activity out of Treasure at this point), hopefully this gets an official Switch release along with other titles like Gunstar and Alien Soldier. Not sure what they mean about TATE being “a bit short,” maybe because the screen isn’t the exact dimensions of an arcade cab CRT?

Yeah it’s the opposite.

Yeah, what’s the ZeroDiv does for the Psikyo shmups in TATE, just a couple of small black bars on the top and bottom to compensate, don’t see why Treasure wouldn’t do the same.

But sweet pixel perfection on the tablet screen. I only grabbed Sengoku Blade so far but will get them all eventually. I may sell my Saturn copies for big bucks now…

Ohh that is some pretty cool news…

They are talking about the dimensions of the stand they bought, not the Switch.

“I put it vertically at the 108 yen stand of DAISO. Please 3 mm wider please. Landscape is perfect, but vertical installation is a bit short”

Ikaruga was 480p so isn’t a good match for either docked or handheld mode when it comes to scaling its original form. But that doesn’t matter anymore as Steam port had support for arbitrary resolutions which the internal rendering then matched. There wont be any soft scaling to 1080p unless the port is utterly half arsed.

Ah yeah 3D stuff should in theory be rendered natively if possible.

480p 2D would be toughest for Switch tablet mode, but fine for docked at 960.

Not getting my hopes up. In a perfect world, their classics would be more accessible.

What are all of these talented people doing these days? Working for Nintendo?

Yeah, not super great docked but in portable mode they are nice and crisp. I’ll never forget the Wednesday back in August when I logged into the Japanese eShop and say Strikers 1945 was available, my jaw dropped and I immediately purchased some Yen eShop credit. Never thought I’d see Psikyo shmups being released on a Nintendo system, Switch is just too good. I just hope ZeroDiv also has the rights to port Strikers 1999/1945 III, used to own the American PCB for that and regrettably sold it many years ago.

I just want them to make one more action title.