What are you playing? (Modern Gaming Edition)

Played Fall Guys for a couple of evenings, definitely a game that’s more fun to watch snippets of than actually play.

The problem is the simplistic controls leave little room to play the game differently, so for the PvP events it quickly gets stale once you’ve learned the fastest routes, which really doesn’t take long.

Team-based events are maddening because the game just isn’t set up for coordination, so you’re at the mercy of the rest of your team. Unlike the best battle royale-style games there’s far too much reliance on random luck, which again, makes for great shares on streaming sites and social media, but it’s not all that exciting to play 99% of the time.

I played yesterday for the first time. It’s fun with friends. The initial obstacle course is the best thing for me. It just needs a lot more of that.

I had a ton of fun with Fall Guys, but I’ve been taking turns with my 5yr old, and it’s hilarious.

I’ve only played a few games alone, definitely better with a kid.

It’s one of those games that I can play for 20 minutes max before getting bored. I do wish the controls felt better.

But I like the silly concept. It’s enjoyable. I hope they add more to it and remove the team based challenges completely.

That’s how I feel. I am still playing it about once a week but it doesn’t hold my attention since your chance of victory very often feels out of your control.

As others have pointed out I can see it being a lot of fun when played with someone else, and to be fair it is great fun if you’re not playing to win, haha.

Super Bomberman R Online is really, really, good. The new BATTLE 64 rules are well thought out and honestly the whole thing feels like the logical direction for the series to take with online multiplayer.

While it’s only available via streaming on Stadia for now, this sort of large player-count multiplayer online game is a great fit for the service, and Konami has improved the netcode considerably from Super Bomberman R. It’s significantly more responsive (and playable) than playing that game locally, despite it being streamed. The beefier CPUs in Google’s datacenters probably helped to reduce the input lag that was notorious in the last game on console - like that game this one is also on Unity engine, for better and worse.

When it comes to more platforms I hope it has cross-play.

Hopefully this trailer explains the rules a bit better than I managed: https://www.youtube.com/watch?v=Cc-8n0Ql-p4

I’ve been paying a ton of Trackmania 2020 and Diabotical. Diabotical is an arena FPS very much like Quake 3 in all the good ways. As a veteran Quake 3 player, it hits all the right spots.

I also put a bunch of time into Blazing Beaks. It’s a really cool little twin stick shooter/rogue like, and I finally beat it on hard mode with the egg character. 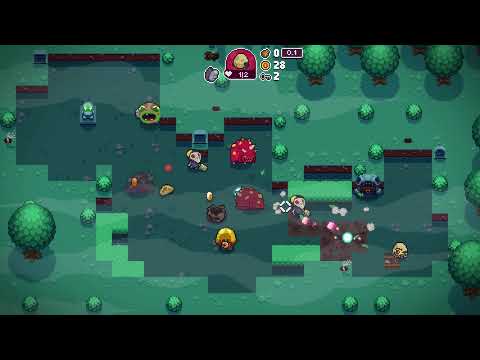 Mad Rat Dead really surprised me even though I kind of expected it to be interesting since it’s from the director of Yomawari.

Basically, it’s a rhythm action platformer where you perform every action to the beat - dashing, jumping, and stomping. But there’s a surprisingly heartfelt story within it all and the original compositions fit the gameplay and theme to a tee. 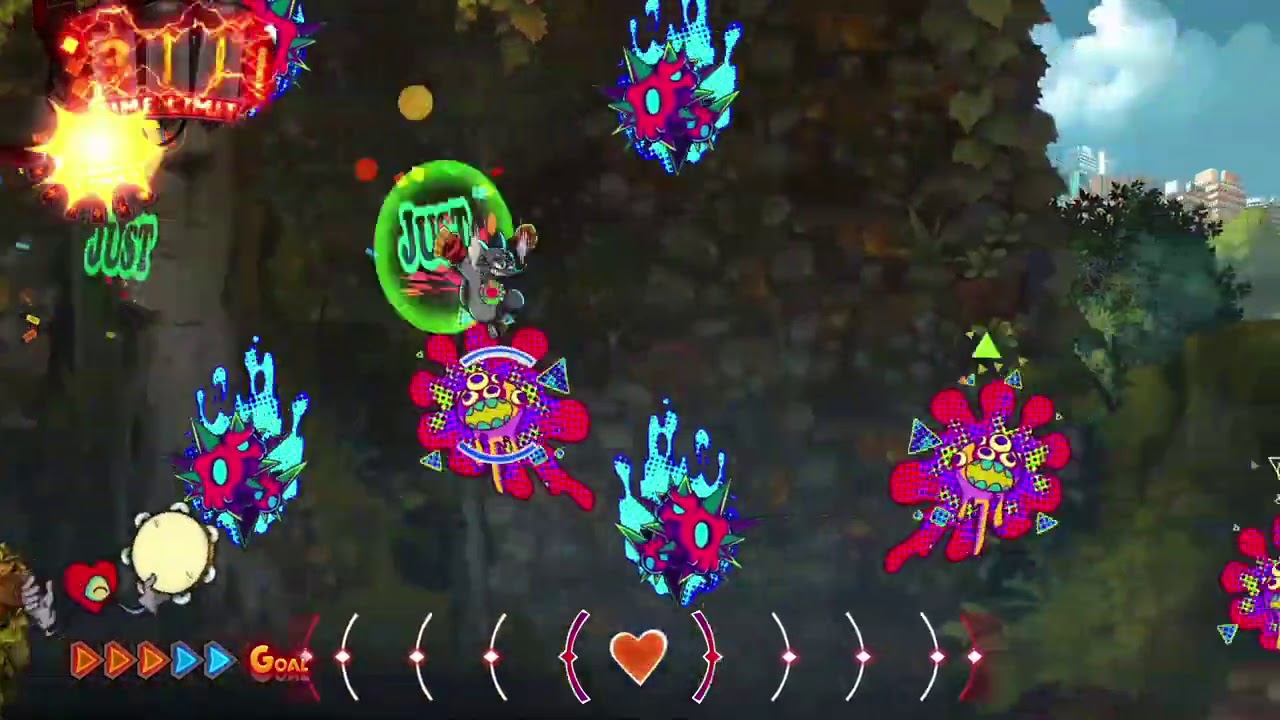 I love how Nippon Ichi Software are never afraid to try new things, sure they can be hit and miss with their new ideas but it’s rarely uninteresting. Mad Rat Dead is definitely a “hit” for me, so far it’s surpassed all my expectations. And I wasn’t expecting the narrative to be one of my favourite things, it’s the perfect complement to break up the intense rhythm levels.

I’ve started a game of Fallout 4.

Don’t sleep on Mad Rat Dead if you’re looking for an innovative take on the rhythm game, I finished it today and it surprised me on several fronts how well thought out every aspect of it was. And it’s one of the few games where the use of the rewind mechanic actually makes sense both in how its integrated into the narrative, but also in familiarising you with the intricacies of the music.

Decided to pick up this gem by shinen again for a bit today. Wipeout on steroids. Pumping electronic soundtrack, high intensity racing, and hard as nails. Easy to play, hard to master.

It really is one of the best looking games for the Wii U. It’s great to see what a competent team of programming talent can pull off with such limited hardware. A lot of new titles I feel are completely bogged down by bloated middleware and engines.

I’m also wondering if we still consider the WII U a “modern” system, or should I start posting this under retro in the future?

They are a studio that always shoots for a clean, effective artsyle. It makes the hardware look like it’s punching above its weight. But really, it’s just good artistic design and very clever geometry. Reminds me a bit of Metroid Prime in that respect.

I bought Tetris Effect Connected last week and I’ve been enthralled by it. Can’t believe I slept on this game until now, both the original Journey mode and brand new multiplayer modes are superb.

There were a few times where I came close to shedding tears, the powerful backgrounds, music, and the connection to Tetris as a lifelong video game just have such an impact on me sometimes.

On the other end of the spectrum, the presentation does a masterful job at getting you into the zone. I played for almost three hours straight on just single player Journey, Expert Mode, finishing the game and then doing a Total Score run from the top. Managed to get to Area 6’s Orbit Zone, just three stages away from the end! And that really wouldn’t have been possible if it weren’t for me being in the zone.

The multiplayer modes in the new Connected edition surprised me as well. My favourite is the co-op mode where you take on three bosses in succession as a group of three players. At first you all clear lines individually while fighting the boss to get a chance at entering co-op Zone mode, and it’s there where the magic happens. You take it in turns, cooperatively, to drop pieces onto a super wide board and clear lines. It can be oddly emotional at times, frantic in others. Great stuff.

Not interested in the multiplayer but know the full run of journey mode is a fully emotional experience if you let it be. A 45 minutes or so that I try to allow myself every few months.

Now that I have the Series X I’m playing more modern stuff. Now I’m getting in to Watchdogs Legion. Not sure if I really like it just yet. It’s okay but I’m yet to be drawn in.

Interesting - I might have to try it on Normal, on Expert there wasn’t time to think about anything other than frantically clearing lines!

At first I wasn’t interested in multiplayer either but I think you’ll be pleasantly surprised. Entering co-op zone mode for the first time invoked very similar feelings to when I first played the first area in Journey mode.

I’ve been plowing through Demon’s Souls. Got to New Game+ last Friday. Really loving the PS5 so far.

My son is playing Demon’s and loving it. I’ve been playing Cold War, Astro and a lot of Warzone which is fantastic at 60fps with no drops. HD texture pack makes it quite a looker too. I’ve enjoyed using it for media stuff while working during the day too. It’s a monolith of entertainment. Literally!