What is your audio setup?

I primarily use IEMs. Specifically FiiO FA7s. When I can, I also like to use my FiiO M11 as a DAC/AMP. It needs a driver as it’s a digital audio player, so I can’t use it with the PSX, PS5, or Switch.

I suppose I should update my setup here.

I retired my modern H/K receiver in favour of a late 70s Sansui G-5700 and I’m completely in love with it. It sounds so warm and inviting and will absolutely blow my speakers up in an instant if I let it. It sounds like 70’s bliss when it plays classic rock.

I also found a $60 set of Sansui LM-110 speakers. An entry level model that isn’t exactly considered amazing, but they match the setup and sound fantastic to me.

I kept my Yamaha NS-10M monitors in the setup too, because they have fantastic highs and really bring out the bright sounds in retro gaming that the Sansui speakers miss.

And tucked in behind is an Infinity 10" sub. Nothing fancy, but it does the job well.

It is one solid machine with everything being made of metal. Even the buttons are metal and the display window and CD window are glass. 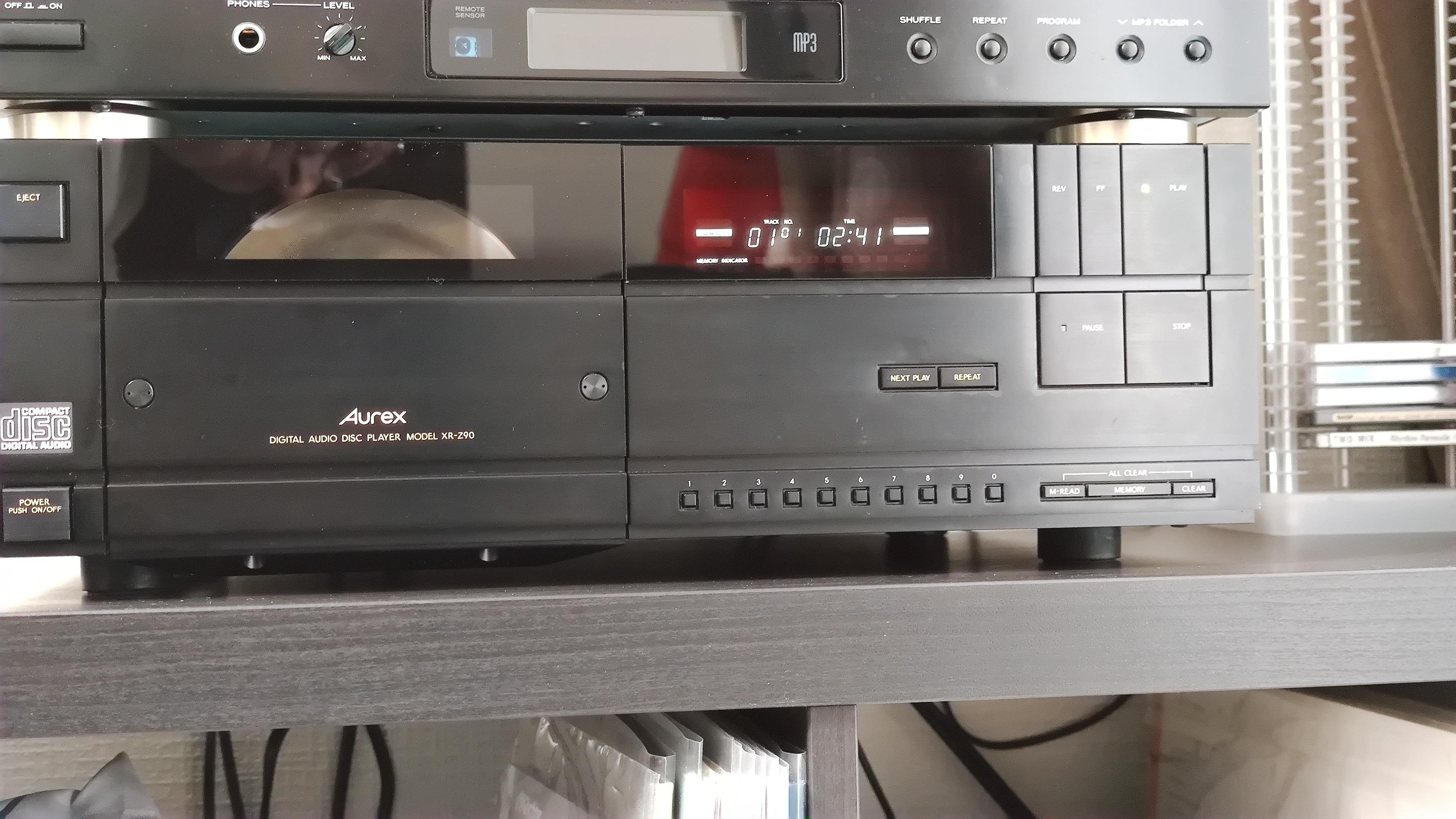 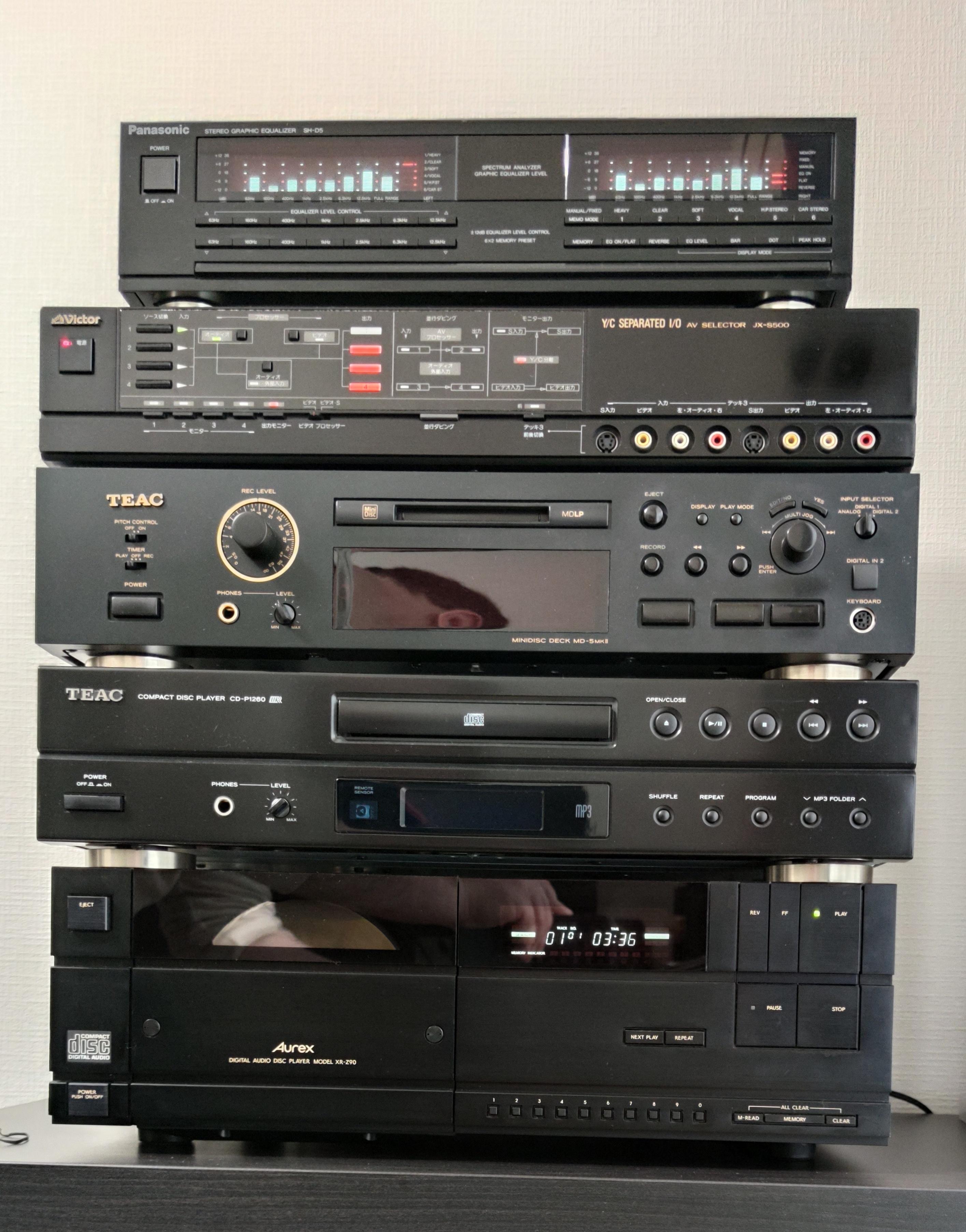 Where did you buy it?

And how does it sound?

It came from Yahoo Auctions. There have been a few on there recently. All sold as junk (This one included). I was after a Victor XL-V1 or JVC XL-V1 outside Japan or the Hitachi Lo-D DAD-1000 but lost out on those as they went for 45,000 yen plus! Then I saw this Toshiba for 22,000 buy now price. I had hope in this because the guy said it had been working but it hadn’t been used in years. When he switched it on before listing the auction, it would spin the disc but not read it. Turns out the lube needed cleaning and fresh lube being added. It was filthy too but that easily cleaned up.

Sound wise, it’s really nice. I would say it sounds just as good as the TEAC above it which features a much stronger DAC.

Because I’m outside Japan I can’t use Yahoo Auctions many features. So I’ve recently set up my own saved search system for Yahoo Auctions, Mercari Japan, and Suruga-ya to notify me of items matching a bunch of search terms. Already found some great vintage computer software, games, magazines, books. I then order though a forwarding company.

Next on my list to add to my system is Fril/Rakuten. And maybe Jmty

Any other places you would recommend?

I only really use Yahoo and Amazon myself. The missus uses Rakuten but you get a lot of Chinese sellers on there selling fake crap. Yahoo are very much on the ball for stamping out the fake stuff. Rakuten is Chinese owned so they don’t bother. So, do be careful with Rakuten.

Mercari is also good but I find a lot of stuff is local sales only. I’m not aware of any other sites to be honest.

The stuff I buy is so obscure and random it can only be legit. Nothing new or popular. But I’ll be wary! 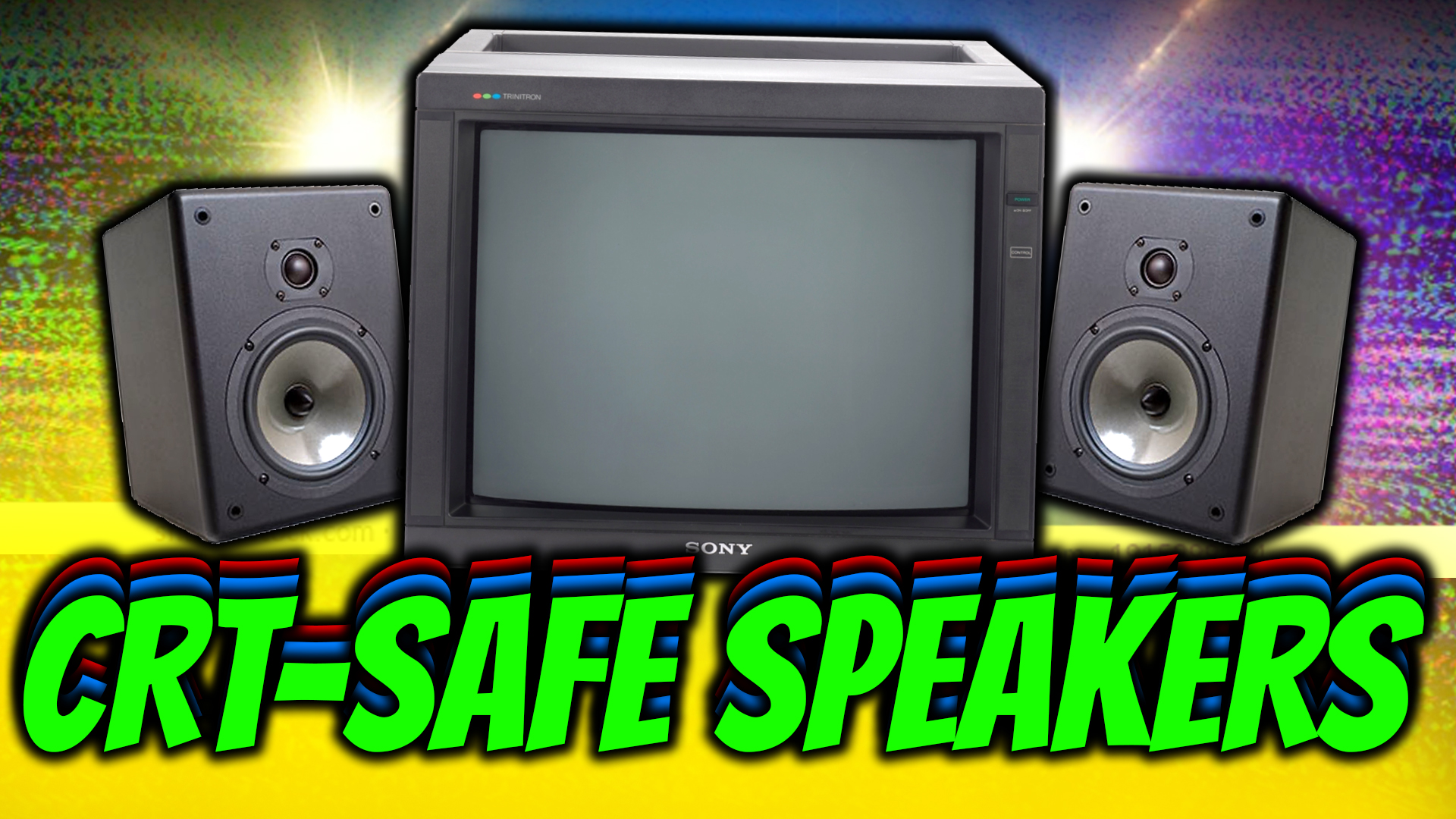 https://youtu.be/0yHzDiJRY0w I put together a video, in order to warn people against putting non-shielded speakers (or magnets! ;p) next to CRT displays.  I also show speakers that are safe to use ranging from cheap, to what I’d consider “high...

Just catching up on this. I am planning to move soon and will be putting together a new retro setup in a better space, which will mean setting up a proper desk with retro PCs alongside the main console setup.

My current bookshelf speakers are all unshielded. I am looking to get something better than the cheap Logitech surround speakers that I’ve rocked for close to 20 years. The Ascend Acoustics Bob talks about look awesome. Does anyone know if older studio monitors are properly shielded? Or can recommend any really good shielded desktop speakers?

Honestly, just buy any decent speakers from the 90s or search 2000s and they’re almost guaranteed to be shielded. I’m sure modern speakers are incredible, but there’s a lot of good sound available for bargain prices by going second hand. And good sound doesn’t age all that much.

I actually picked up some JBL j2060 bookshelves this weekend (early 90s I think) for my console setup. They were not shielded, which was a disappointment because they were meant to replace some Baby Advents I was using which also lacked shielding and so required some non-optimal placement.

The JBLs sound better at least, an upgrade in clarity and they sound like they struggle less as they get loud. So not a total loss!

Gonna reserve these to living room duty while I try to locate some good shielded models for cheap.

not sure where to post, thought i’d try here -

so on my CRT/SD setup, i have an old receiver with mostly old bose speakers putting out the sound - currently, im getting noticeable feedback, but you only really hear it when there’s a white background loaded (like the dreamcast bootup screen)

what might be causing this specific issue? interference, cables going out etc? i hear it from all 3 front speakers currently, so i’m ruling that out so far

Could be so many things. Is it on every console?

Every connection type? (Scart and component?)

What if you connect the system to a different display?

Basically, try your best to isolate the issue. It could be a cable, a switch, a setting on a device in the chain, or the CRT itself.

hmm…so the PSX had it too, ill try others but wanna say issue is across the board. you hear the buzzing/ feedback even before the CRT is on (tv speaker is sadly long dead) but its notably louder on when white backgrounds are displayed!

friend is saying to maybe try this - any thoughts on if it’d help?

Are you connecting straight from the console to the transcoder and then to the sound system?

If you have any default red / white / yellow cables for the PS1, try those straight into your sound system and see if you’re still hearing it.

I think this is a shielding issue if I had to guess.

It could also be that you need to replace the speaker wire. Double check to make sure that looks good and isn’t oxidized or tattered.

Almost certainly interference from the video lines. White screens have a higher output which means more chance of audio interference. The only real way to overcome this is to change your av cables from each console. Even official cables can be prone to this, my official Saturn SCART cable is particularly bad to white screen buzzing.

I don’t remember if I responded in this thread but I use a pair of JBL LSR 305s (the mk ii version). I just run them as my output on my extron crosspoint. The inputs are all just game systems + my audio Technica vinyl player (LP60). I got the pair years back for an unbeatable deal(free) and they are amazing for listening to music and games for me( I know most people don’t like monitors for gaming or music, but I really like it that way)

damn. was worried that’d be the case, appreciate it all the same - ill try my other systems (they’re all on scart cables basically from the same seller), the AV cables from the scart/component box going into said receiver are new & the first thing i’d switched out, hoping it was just that

still gonna try that dampener thing i linked a few posts back, again the static isn’t horrible but i’d love to be done with it without having to sort another dozen RGB cables