Which game are you trying to finish right now?

This truly is a departure from the past if we play video games here.

Doing a fresh play through of Metroid with only the manual as a guide. Didn’t own it growing up so my experience is more controller swapping with friends. My first pure play through and first time seriously sitting down with the game since the 80s.

Thoughts so far… That map in the manual is hella-vague. I love it.

First time I beat Metroid NES under three hours was the bonus copy of the game on the Zero Mission cart, second time was the bonus NES copy unlocked through GBA/Fusion link with Metroid Prime. I got my value outta those free bonus copies.

Have my Super Famicom pad, Japanese cartridge, and Sony PVM all ready to go

So far, not even close, can get about halfway through mission 4.

I’m working on Yakuza Kiwami, and games on the SNES classic. Right now, I’m playing Yoshi’s Island. I never played this game as a kid, so I’m really into playing it.

I use howlongtobeat.com to keep track of all the games I’m playing.

Only thing I can think of that’s as crazy as that is in 2010 a guy on the shmups forum posted videos of himself 1CC’ing Gradius III arcade on the hardest difficulty setting.

Since I erased my latest Link’s Awakening save data while trying to get my Super Gameboy 2 to work, I’ve purchased the DX version on the 3ds eShop. I’d only ever played the OG. Making my way through dungeon number 2 at the moment. All I wanna do is wake this wind fish (in color).

Star Wars: Knights of the Old Republic on my XB1

I’m at the end of FFV, once again. Just pure fun all the way through! Kitten agrees (sorry for the hairy legs and feet, lol). 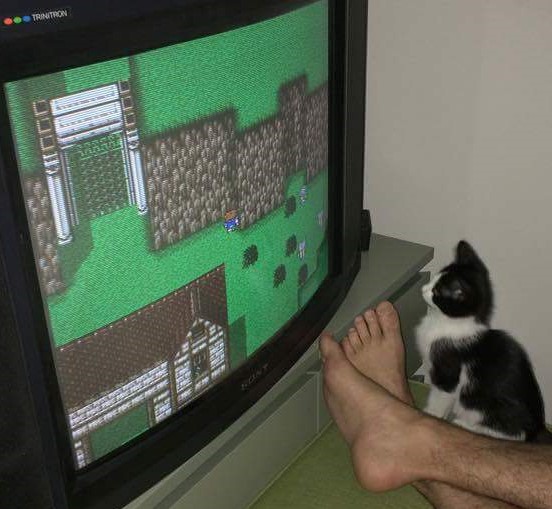 Also, me and the partner just started a new round of Dead Nation. We both love co-op twin stick shooters to death.

EDF2 on Vita and Policenauts. Sadly i’m addicted to Homescapes on my phone, they haven’t been getting any time. Really want to get on with it though, got SMTIV:Final waiting for me, and with all the SMTV hype around at the moment I can’t wait to play it!

Currently working through Pokémon silver on 3ds VC. Missed Gen II the first time round so this is new to me, just reached Lake Rage.

How does it hold up?

Enjoying it, a big improvement on gen I in many ways, without getting too bogged down in inconsequential matters like the later ones. Only lost one battle so far so it might still be a bit on the easy side, but not to the extent of X/Y

Find it hilarious that OP mentions Dragon Quest VII: that’s also in my backlog, though I’m not as far: only 25ish hours in. Great game, and the episodic nature does help in being able to play it in chunks. Other than that, I’m playing Evil Within 2 (Just started) and finishing up Sweet Home (Almost done).

Are you playing the PS2 version? I get what you mean. I’m in later stages of the PSP port and it’s an exhausting game to play, mashing out the same combo over and over again. I love the bullet dodging during the bosses, but the beat-em-up portions keep me away from long sessions.

I have so many games in my backlog, it is ridiculous. I may catch up on Pokemon. The last one I beat was Pokemon Black back in 2013 I believe.

I’m playing through Ecco the Dolphin on Sega CD. There have been a few frustrating parts but I’m told the worst is yet to come.

I’ve been off and on playing Dino Crisis 1 on my Vita. Mostly just play it when I’m traveling for work. Probably half way through that game.

Yes, PS2 version. I just beat the big skeleton head with the tentacles. The fight really kicks in at the end when it starts spamming the tentacles all over the place. Took me quite a few tries.

I dropped Ys Origin the moment Odyssey arrived yesterday. I’m sure I’ll get back to Ys sooner rather than later…I’ve wanted to try the series for a while. 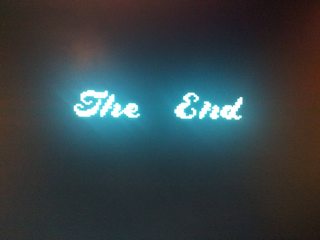