M2 stated in an interview with Game Watch that they’re working on a stereoscopic 3D remake of the Sega Mark III/Master System version of Aleste, thanks to the shmups twitter feed, hopefully it gets a western release: 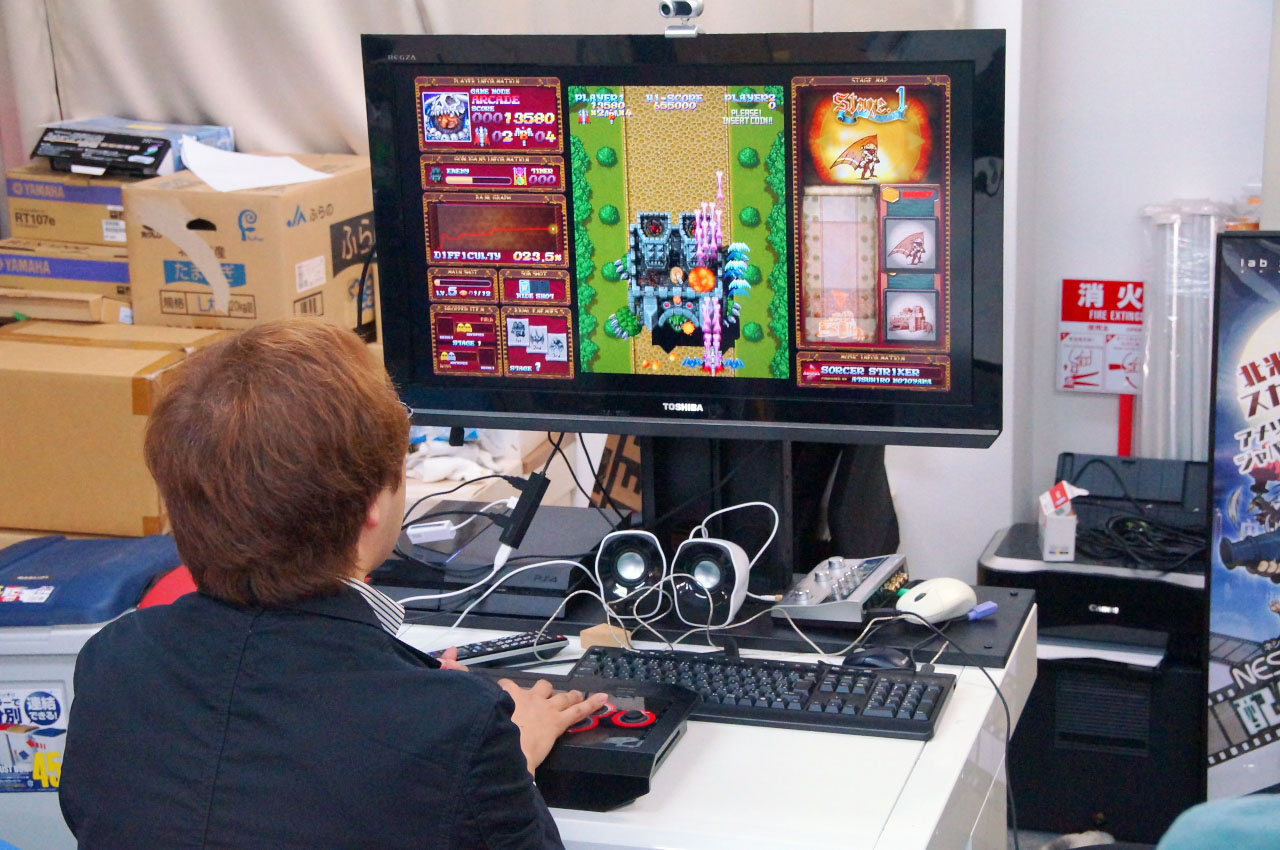 That’s… really all I have to say about it. Can’t say I have even a passing interest in playing the original Aleste.

Hopefully Sega will localize this but given how the last batch was left in Japan, I doubt it.

I was wondering why they didn’t do the much more expensive (and better) Power Strike 2, then I remembered it was optimised for 50Hz.

That is indeed very odd. Of all the games…

I didn’t really enjoy the 8-bit 3D classics, the Arcade games were superb though. Super Hang On was killer.

I was wondering why they didn’t do the much more expensive (and better) Power Strike 2, then I remembered it was optimised for 50Hz.

I think there’s lots of potential in M2 doing 3d 8-bit games but so far the selection has been really limited. Maze Hunter 3D was always style over substance. SMS Out Run 3D and Space Harrier 3D are dated from the lack of hardware scaling. They probably could have quickly ported Missile Defense 3D (which holds up great) but being a gun game, it wouldn’t be the same on 3DS.

It runs too fast at 60Hz. The speed is much more manageable at 50Hz. It’s clear that the game was designed to be a PAL-only release, even it being a SEGA/Compile Japanese game.

It does “run fine” as in there are no glitches due to the speed. It’s the opposite of slow PAL Sonic 1 if you will.

Another game with the same predicament is Wimbledon 2. As far as I know these two are the only Japanese games on the console to be designed for 50Hz.

Operation Wolf’ on SMS is another one designed for PAL. It crashes on NTSC Master Systems but runs okay through a Power Base Converter or Genesis Everdrive with minor glitches.

I’m instantly interested in anything M2 ports… they do such an amazing job.

@D.Lo , Super Hang-On is my most played 3D classic, by far. I prefer the Outrun music, but for some reason Super Hang-On’s gameplay just clicks with me more.

Is there a definitive list somewhere of all the retro ports that M2 has done?

Their website covers a lot. I don’t know if it’s up to date, though. I thought they worked on Wii U GBA stuff but I don’t see that listed.

Because it’s a better game

Super Hang-On really is exceptional, though. Something about the turbo button just makes all the troubles in the world just disappear.

Until you crash and fuck up your run and chuck your 3DS at a wall.

Until you crash and fuck up your run and chuck your 3DS at a wall.

Haha glad to see I’m not the only one.

It’s just so fast and the engine sounds like pure power. I also prefer the music.

Galaxy Force II is the most impressive one, but I keep going back to Super Hang On. And After Burner actually, also fun as hell.

That’s a shame. What are we still missing, at these days?

Crazy, did not know M2 did the ports in Yakuza Zero. That makes it worthy to purchase for me…even though I don’t play those games. I am excited to play this one!

That’s a shame. What are we still missing, at these days?