Got a bunch of boxed games still on the way which I’ll wait before posting, but recent digital pickups are Taito’s Touhou Spell Bubble (competitive rhythm action Puzzle Bobble) and Death Come True, a new visual novel from Kodaka, creator of Danganronpa.

I just picked this up for $15 which was worth it just for the controllers. My slim is still kicking and hooked up but it’s on CFW so it will be nice to set this up on PSN to access all of my purchases again.

Has anyone had any experience swapping out the analog sticks? Even my original controller is getting tacky as the rubber breaks down. Are the generic ebay replacements alright?

I haven’t replaced analogs on a DS3 yet but I replaced the ones on several Xbox, 360, and PS2 controllers. It’s a pretty simple process. I don’t think the replacements I’ve gotten are as good as OEM but they’re also not bad and certainly better than a worn one.

If the condition is fine except for the degrading rubber, it might be better to just disassemble and clean them. I soak my used controller components in soapy water mixed with some alcohol before scrubbing, for old rubber like that some attention with soap + alcohol might be enough to make it passable.

Thanks I’ll give that a go, I still need to disassemble and clean the DS3s so I’ll try that while I’m at it.

Basically despite me being a clean freak the rubber is now breaking down and becoming shiny and sticky.

Despite the high RRP, I caved in out of sheer temptation for a portable arcade racer as well programmed and good as this one. Burnout Paradise has its issues, but it’s still good and unique in how it’s truly an open world racing game that lets you take any route to a single destination in its races.

Retailers over here have been clearing out 3DS stock, and I was lucky enough to find stock nearby, ready to ship. These half-dozen games were cheaper combined than the price of a single new game!

Question is when I’ll get round to playing them…

Found a decent condition ps2 slim with memory card, dualshock 2 for 10,- the PSU was included as well but is undergoing cleaning. Tossed the composite cable immediately. Haven’t owned a ps2 in 13 years. A lot of great games in the ps2 library that I missed over the years. Time to prepare for price shock??

Bravely Second was 5€ a few weeks ago at an Austrian shop so there are definitely some deals to get.

Actually I find PS2 games to be pretty cheap if u look around a lot locally. I sold my whole PS2 collection at one point and I rebought some of the classics when I see them for cheap and I would say I spent roughly $60-70 and got a pretty decent stack of games. Part of it has to do with how many of the greats got remasters

PS2 isn’t old enough yet to have the library get expensive. PS1 is just really entering into that era now where prices are going up. It’s still a very good time to collect PS2, Xbox and most Gamecube although Nintendo games will always be pricey.

Depends what you consider expensive, but there are a lot of pricey gamecube games and the rarer ps2 games are not far behind.

After a quick fix I have it up and running perfectly it sits beautifully flush in my 20L2 and has BNC connectors (I attached the RCA jacks) my card is significantly brighter than the stock card but this is something (so long as you only run component on the clone card) you can easily remedy via the service menu - as Y and C adjustments only globally affect YPbPr signals and as I’m only running RGB through the stock input it doesn’t matter.

So happy to finally have this - I’ll post some more images once I have it calibrated and ready to go.

Bummer! I was hoping these would work out. Any idea if it something that you can reflash?

Oh man, sorry! Have you contacted the seller/maker?

Having binged on Burnout Paradise over the weekend I’m excited to get stuck into Konami’s (and Genki’s) GTi Club Supermini Festa Wii conversion. 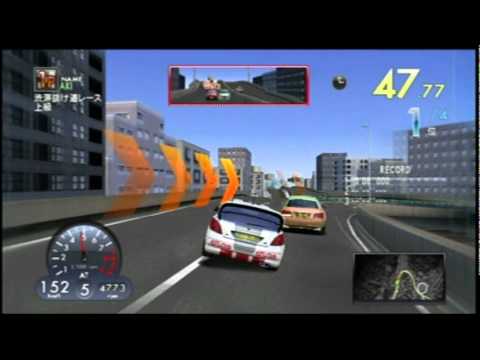 Cheers! Nintendo must have overprinted a lot of late 3DS games in Europe, it’s crazy seeing even Fire Emblem Fates go for the equivalent of $2 new and sealed.

I guess this excess supply means these games will forever be low value in the future, though some third party cheaper clearance titles are surprisingly pricey now, like 7th Dragon III and Project Mirai DX

Rarer stuff will always be pricey, and often those games aren’t representative of the best games, but just the least available games. There are exceptions to that, as there are to anything.

I think the difference between PS2, Xbox and Gamecube, from a generational standpoint, is that PS2 sold sooooo much more both hardware and softwarewise that it’s kind of nuts to pay more than a few bucks for a lot of the library that’s not the rare stuff until we get at least another five to ten years down the road. And again, Nintendo stuff is always going to be worth more, because Nintendo. Wii U may even get a surge in the next five years because it’s going to be among some of the rarest Nintendo stuff around.

Anyway, PS2 is still pretty viable. I’d hate to be starting a collection from any gen prior at this point because nothing is cheap anymore when you look at PlayStation, N64, Saturn and older. I’m glad I have so much of it even if it does take up a significant portion of my shelving in my home!

The creator helped me diagnose the issue - I confirmed his hunch the 75 Ohm termination isn’t working on Y/G with a multimeter. I can see on the board now there is a gap between one of the resisters and the pad.

I’m about to head into work but it looks like it will be a nice easy fix when I get home. Just a blob of solder and if I get 75 Ohm on the multimeter I should be good to try again.

Martin (the creator) and Nick (the guy that produced them) have both been really generous with their time so I don’t doubt we’ll get it sorted out shortly.

It was a 30 second fix with a soldering iron. I just touched up the resistor and I was in business. Runs like a dream now.

I should add that the issue with mine was it was one of the very first to be produced and it was an easy mistake to make.

If you have a compatible model and were considering one don’t hesitate!

Was nostalgic for the early 2000s “badass women fighting bad guys tv shows made by acclaimed directors” genre and got these 2 games!